Late last Summer, we had Davey Arborists apply a three-year growth regulator to some of our large, mature trees that appeared to be in decline due to stress.  That stress was due to construction of our house (I believe) and the disturbance of the roots from cutting and such.  After doing some research on growth regulators, I thought it was worth a shot to apply this stuff to some of the large trees in prime locations of our yard.

And, what's happened?  We've seen some pretty incredible improvement in the trees.  They're growing thicker, more-full and darker green leaves all over the main limbs of the trees.  We had this growth regulator applied to both an Oak and a Maple.  The difference in the Oak tree is clear.  Below, you can see what that tree looks like now in 2021 on the left.  And what it looked like a year ago on the right.  More full, more dense growth all over the existing limbs. 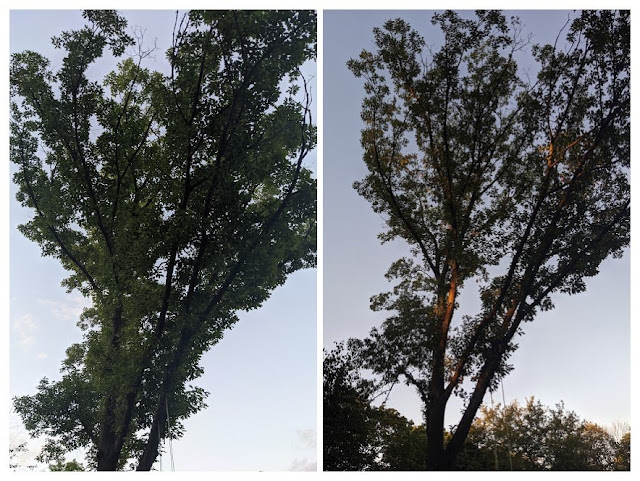 On the Norway Maple in the front, the growth regulator's impact isn't as easy to detect, but when you compare year-over-year, photos, you can see how the pruning of some of the dead limbs PLUS the growth regulator has helped to fill out the canopy in the tree.  On the left is the current look of the tree.  The leaves are darker green and there's more full, denser growth closer to the trunk than what it looked like last year, pre-application and pre-pruning. 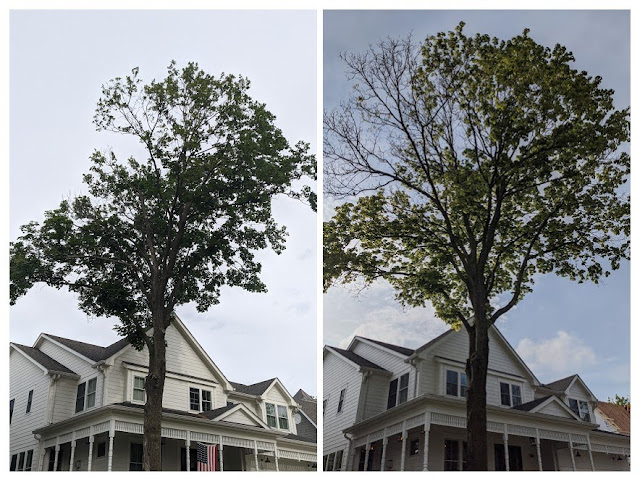 The lifetime of the application is supposed to be three years, so we don't have to apply it every year, but I'm now a believer in the value of growth regulator for trees in decline. If you have a tree you're concerned about, it isn't an inexpensive option, but you'll see results.
arborist backyard davey decline garden diary growth regulator northern red oak tree norway maple tree diary trees
Location: Downers Grove, IL, USA