We have had a particularly difficult grass-growing season this Summer.  The heat and drought sent the majority of our Kentucky Blue Grass into dormancy.  There were a couple of spots that I believe went beyond dormancy into death including the low spot outside of our patio area in back.  At first, I thought that maybe this was grub damage - because it wasn't responding to water - but after digging up the turf and having a look, all I saw was worms.  No grubs.  But, I also found a pretty shallow area of topsoil on top of gravel for our drywell.

I haven't done any sizeable Fall seeding projects, but based on the soil temperature, coupled with a forecast that called for a period of cooler temperatures and some rain, I thought that I'd take on trying to overseed a good portion of this area.

I first used my thatch rake to remove a lot of the dead material, then took out my manual aeration tool to create some holes.  After doing a little bit of research, I decided to buy some seed that wasn't what I have in the front and back:  Kentucky Blue Grass.  Thanks to Ryan Knorr's YouTube videos, I decided to seek out a Tall Fescue mix at Home Depot.   Here, below, is the 20# bag of seed I selected from Vigoro: 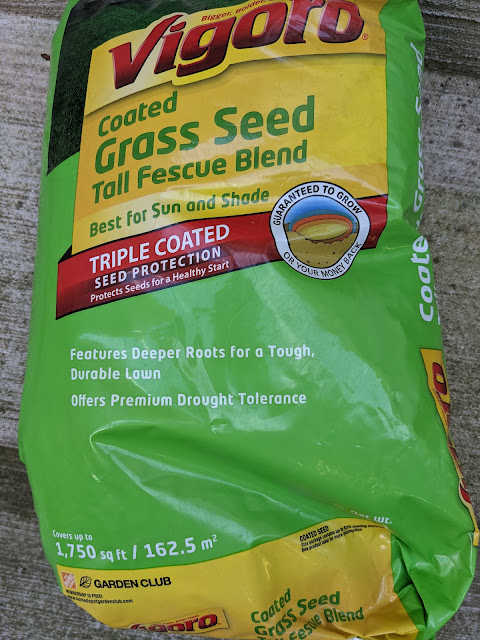 Made for Sun and Shade.  Perfect for our yard.

Below is the makeup of the bag showing that it is 25% Penn ATF1258 Tall Fescue, 12% Greystone Tall Fescue and 12% Justice Tall Fescue.   Now...this may TOTALLY be a mistake to overseed Tall Fescue with KBG, but I'm willing to roll the dice. 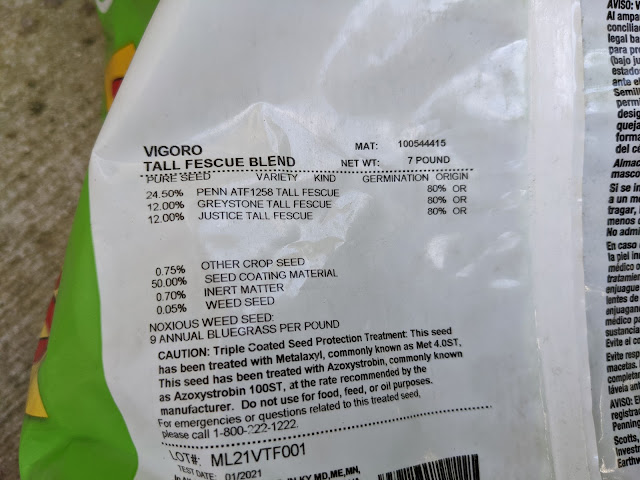 10 days ago, I put down the bag of seed and laid over some Compost and Turf Soil to create a bed for the seed to germinate.  Here's what it looked like on day one below: 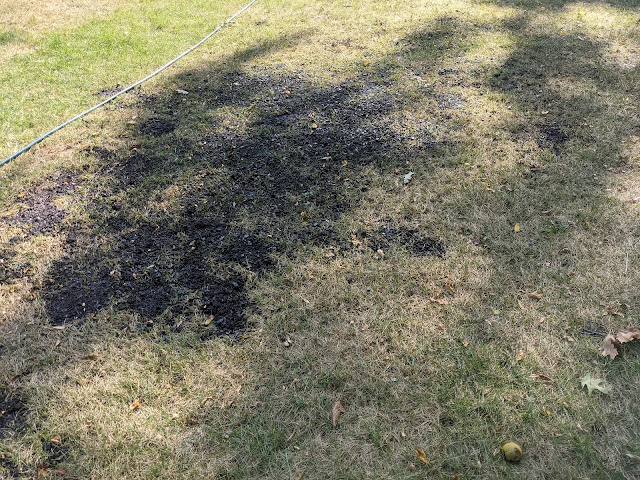 About five or six days later, it started to green up a bit with some blades peeking out: 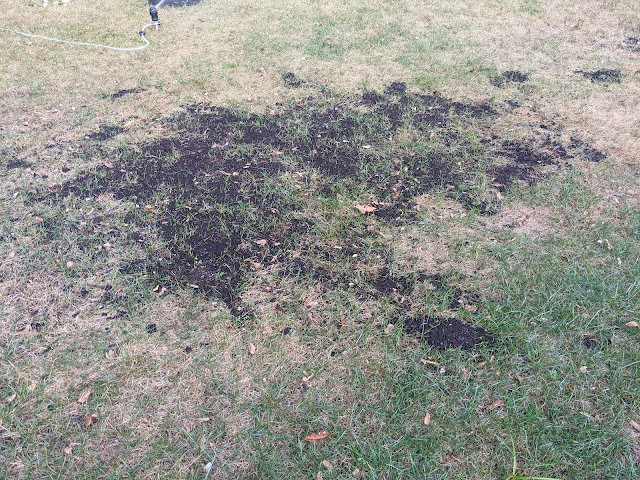 And just this week, I woke up to seeing A LOT of green:  seedlings emerged and shooting standing straight up: 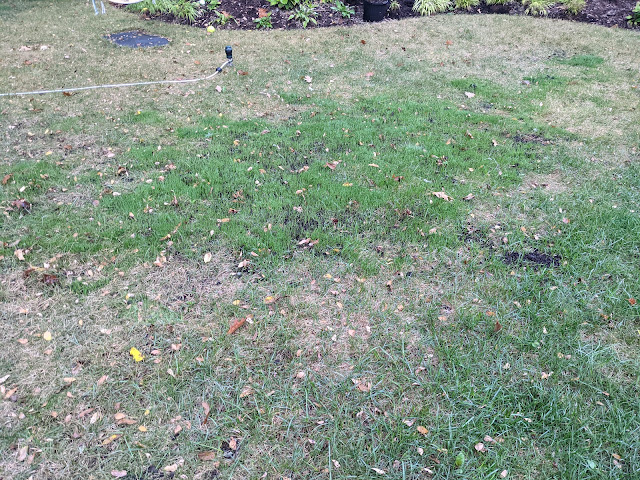 I've been watering this area in and you can see the results with the seed.  But, also, it seems that PARTS of the grass that went dormant *has* indeed come back.  While other parts are still suffering.  I'll keep watering it for the next few weeks, then come close to Halloween, I'll put down a heavy dose of Fall fertilizer and hope it all greens-up come Spring.
#lawngoals backyard dead grass dormancy drought fall seeding garden diary grass kentucky blue grass lawn care lawn diary tall fescue turf
Location: Downers Grove, IL, USA