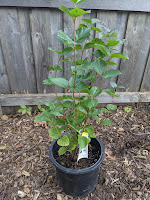 Yesterday, I posted a few photos of a pyramidal boxwood - Green Mountain - that I planted in a backyard bed and talked about how it was tucked in by the Belgian Fence and some ornamental grasses.  If you looked closely at one of the photos yesterday, you might have noticed a few other shrubs in their nursery containers in the background.  Today, I'm sharing the details in the [garden diary] of those other two shrubs hiding back by the fence.

As part of our plan, the designer called for a series of Chicago Lustre Arrowwood Viburnum shrubs in a few different spots around the yard.  Below, you can see two areas that call these particular shrubs out. 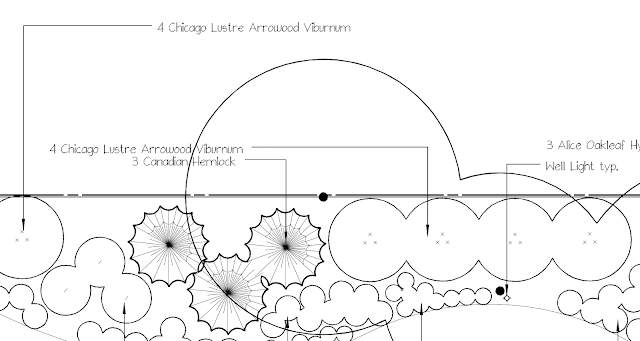 Part of the area you see in the plan above was/is called out as "Priority Area #2" in this year's list of Priority areas.  You can see that it calls for four Viburnum in this section.  But...when you're dealing with some end-of-season shrub sales, you don't always get the quantity that you want.  I couldn't find four healthy Chicago Lustre Viburnums this weekend, but I was ABLE to find two.  So, I brought them home.  Here, below, you can see the size of one of them - they're in a three gallon nursery container and are probably 28" tall or so. 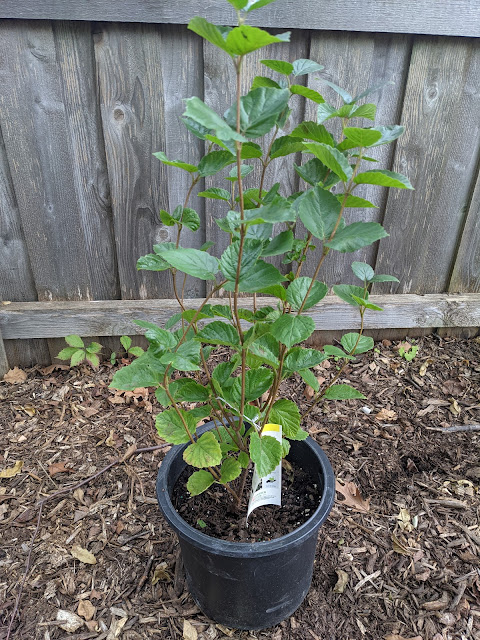 And, here's a closer look at the tag - where the cultivar is named Chicago Lustre Viburnum 'Synnestvedt'. When I saw this tag, I was both excited (it looked like these were WHAT our plan spec'd), but uncertain as the quality of the particular sport - Synnestvedt. 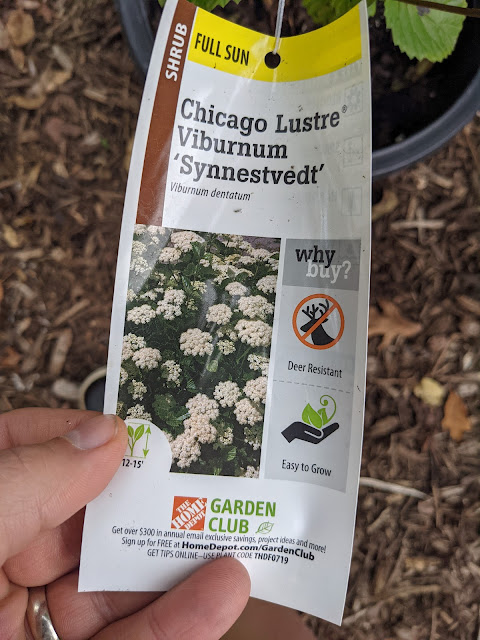 So, off to the Google Machine I went and the first listing I found was from the Chicago Botanic Garden who talks about these actually BEING the Chicago Lustre variety.  And, it was brought to market by both the Botanic Garden AND the Morton Arboretum.  What the what?!?

From the Chicago Botanic Garden:

This shrub is a Chicagoland Grows® selection. Chicagoland Grows® is a plant introduction partnership of the Chicago Botanic Garden, the Morton Arboretum and the Ornamental Growers Association of Northern Illinois formed to promote plant cultivars that perform well in northern Illinois. This variety was derived from a seedling found at the Morton Arboretum and was introduced by Synnestvedt Nursery.

What is better than a plant from the Botanic Garden?  One that's also grown/introduced in conjunction with the Morton Arobretum and the local trade association.  Seems like this is a slam dunk for our garden in zone 5b, right?

Knowing that I'm planning on getting four of these along the fence, but only bought two (for now), I had to decide which side of the span of four to plant these.  I decided to hug them close to the Belgian Fence - nearer to the patio - for these first two.  Below, you can see the spot: 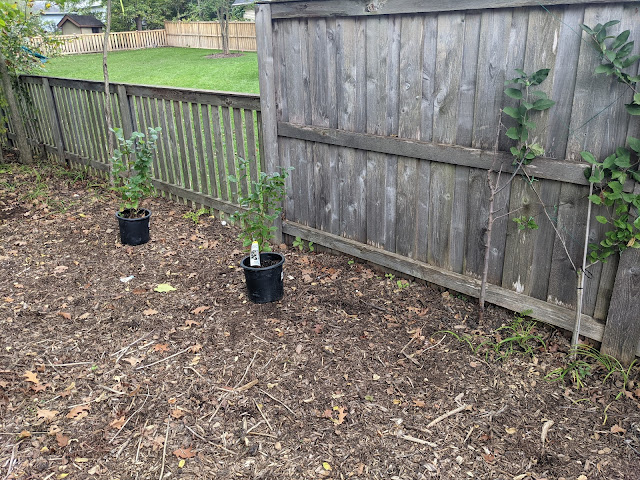 Here, below, is a look at them after they've been planted: 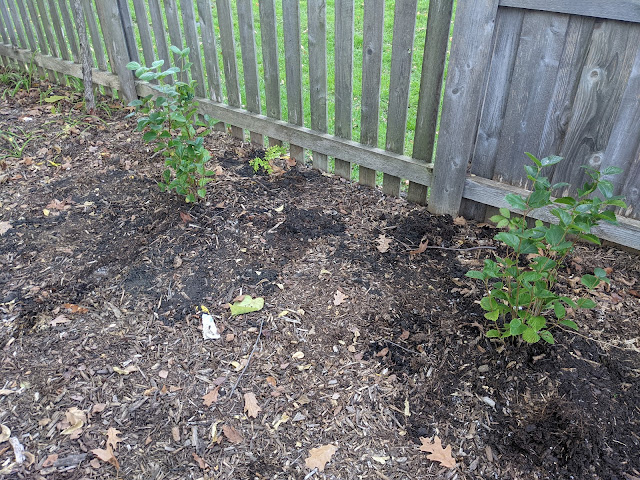 Below, is a dead-on photo of the two so I can track their growth/size in comparison to the fence behind them. 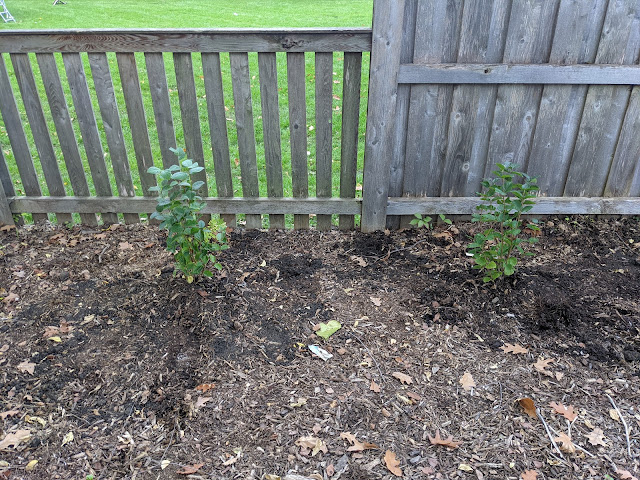 Right now, the plan calls for a total of ten Chicago Lustre Arrowood Viburnum shrubs around the northside and westside of the yard.  With two down, I'll be on the lookout for eight more in the coming seasons.  A few of these should go on my 2022 plant wish list.
2021 to-do list 2022 plant wish list backyard Belgian Fence Chicago Lustre Viburnum fence flowering shrubs garden diary landscape priority Morton Arboretum shrubs viburnum