Posted by Jake Parrillo on October 29, 2021
On Monday, I shared some photos of a trio of Green Gem dwarf boxwoods that I planted in the backyard after finding them on a late-season sale.  At that same time, I grabbed another small (1# nursery stock container) boxwood of a different variety - Green Mountain - and planned on putting it into the garden to provide a little evergreen structure on the other side of the yard.  Below, you can see the small Buxus sempervirens 'Green Mountain'. 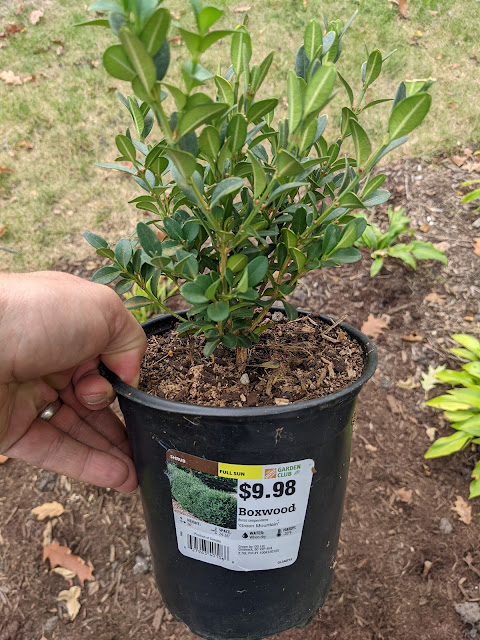 Here's a closer look (below) at the container with the shrub specs: 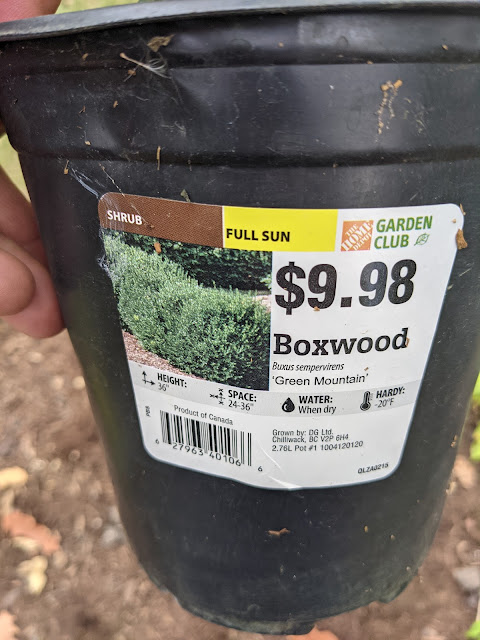 The Missouri Botanic Garden has a listing page up for Green Mountain Boxwood (Buxus sempervirens 'Green Mountain) where they describe it as:

'Green Mountain' is a dense, upright, evergreen boxwood that typically grows to 2-3' tall over the first 10 years. This is a slow-growing hybrid shrub that may eventually mature to as much as 5-7' tall.

Kelly Nursery calls out that Green Mountain is typically grown into a pyramidal form.

'Green Mountain' is dense and upright and typically maintained in a pyramidal form. Use in formal settings or as a specimen.

That idea - planting it as a specimen - is what I'm going for with this individual boxwood.  Yes, yes, yes...I know....I shouldn't have bought just ONE of these (known garden mistake) but, I wanted to tuck this into a spot in between a few different cultivars of various grasses and some hostas.  Below, you can see the spot in the foreground where I placed this boxwood - to the right are the Hakeone Grasses (All Gold), behind and to the right are the new Miscanthus 'Adagio' grasses, to the left are some hostas and the large Red Oak tree (tree swing tree).  Behind this planting (along the fence) is the Belgian Fence espalier. In between the Belgian Fence and the grasses is an azalea that I need to remove. 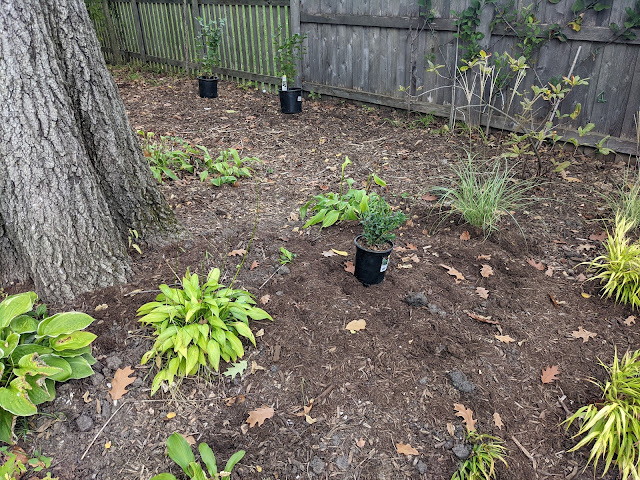 Below, is the small Green Mountain boxwood planted in the bed - you can see the spacing I've allowed for here - the grasses growing out and the boxwood getting 2-3 wide. 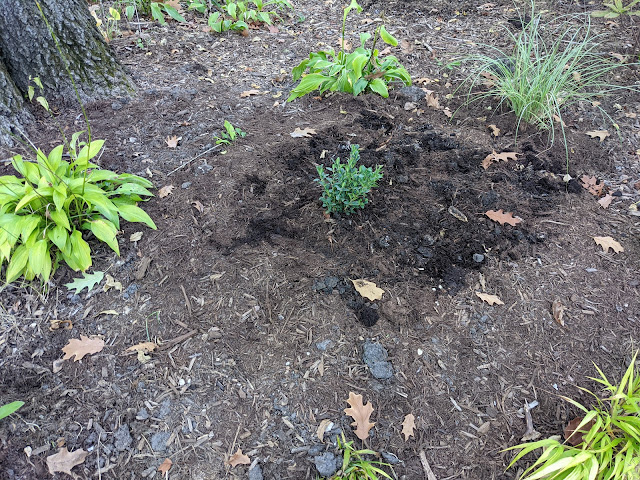 This area gets more sun that I've previously thought, so I'm hoping this Boxwood does well here. That also means that over time I might think about swapping out some of the hostas for additional boxwoods - despite the plan calling for hostas.
backyard boxwoods evergreens fall planting garden diary Green Mountain Boxwood landscape plan mulch beds pyramidal shrub shrubs specimen shrubs tree swing tree