In late September, I brought home a trio of Abiqua Drinking Gourd Hostas and planted them near our new (this year) firepit area.  After seeing them on the racks for a couple of seasons, I finally 'got to know' them and learned that they're some of the largest hosta varieties.  Placing this photo below into the garden diary as way to show them right as they head into dormancy.  A note:  they're haven't been eaten one bit by the rabbits while other varieties have been mowed off at the ground.  These also are doing better after the first couple of frosts than other varieties. 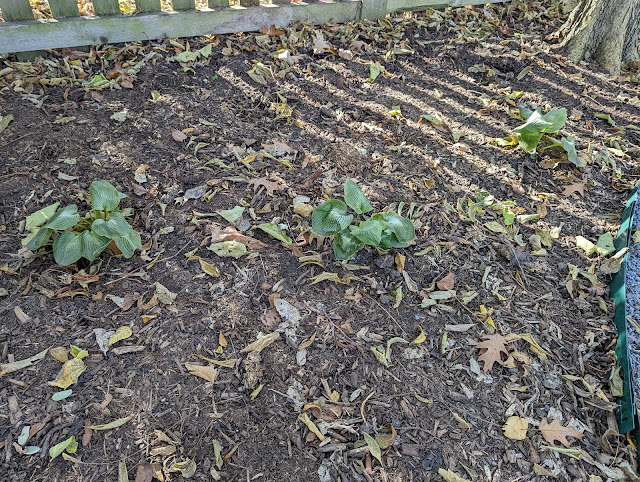 I'm looking forward to these coming back next Spring and filling in the spaces in between each other during the growing season.