Up at Angelo Caputo's in Addison, they're selling pizza cheese for a full buck cheaper than Frankie's Deli in Oak Brook Terrace.  Cheapest I've come across was at Nature's Market in Westmont, but that $5.99 price is (now) almost four years old.

For tracking purposes, I shredded six of these #1'ers, but ended up using probably four of them across 10 bar pies and 2 skinny Detroit pies on Christmas Eve.  Also, four white Cheddars was probably 50% too much, too.  Next year - with the same amount of bar pies, I could factor 4 scamorzas and 2 white cheddars. 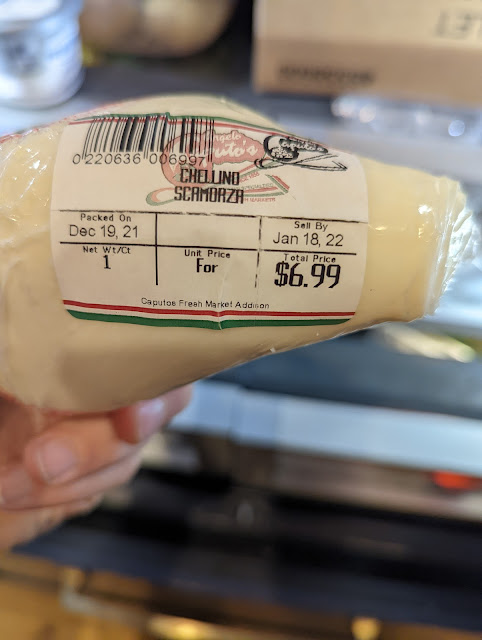 They bill it as "Cheese for Pizza" from The Chellino Cheese Company, Joliet, Illinois on their packaging.  And that's how we use it. 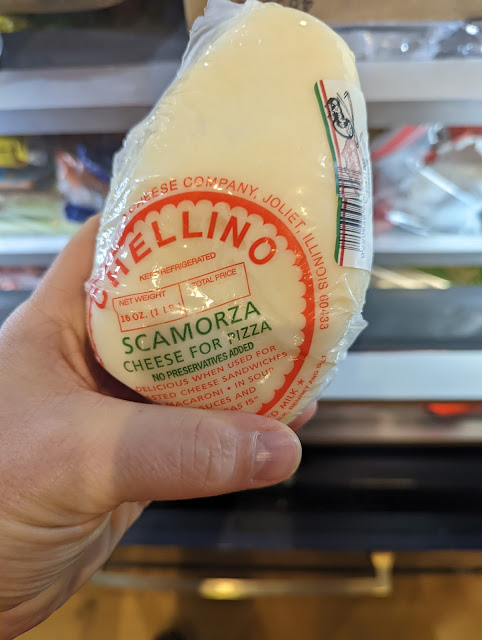