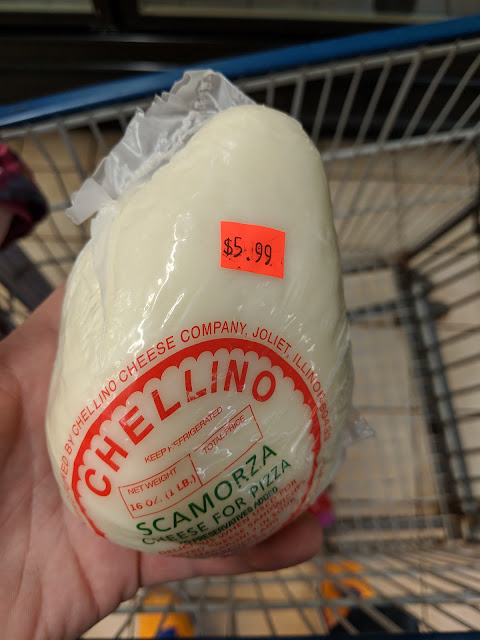 Back in 2011, I posted about Chellino Scamorza Cheese on the blog and said - at the time - that it was the *BEST* cheese to shred and dress on your pizzas.  I mentioned that I had been using it for a few years and that it isn't cheap.  Today?  Still the best pizza cheese.  And, frankly the ONLY cheese that I'll use to dress my pies.  Over the years, I've mentioned this variety of Scamorza Cheese on the blog.  Here's a post about a pizza place that opened in Naperville that uses the stuff.   And then in 2012, I posted about a visit to this Italian Deli in Westmont called Amici Italian Deli.  (Kinda funny...but we live like 2 minutes away from this place now.  Too bad it closed!?!  I would have been all over it.)

This stuff from Chellino - out of Joliet - is different than most Scamorzas in that it isn't smoked and is much more like a part-skim mozzarella that you can take a box grater to the ball.  And it is a surprise when we find it in stores.  Since we moved to Downers Grove, I had been visiting the Angelo Caputo's up on Ogden to get it.  But, that store has closed (and is rumored to be re-opening on 75th street??).  So I had to truck all the way up to Pete's Fresh Market by my parents' place in Oak Brook to get the cheese for my pizza making.

But, not any longer.  Why?  Well...one weekend, I was out wandering around with the kids and we came by this produce market in Westmont.  Called Nature's Best Market.  I've driven by it hundreds of times and usually thought to myself "I should try that place".  But never had.  Until now.

Nature's Best sits on the corner of Cass and Naperville Road.  That's called Maple in Downers, but turns into Naperville Road in Westmont.  It is just a few minutes from our house.  From the outside, it screams small, family-owned produce market:


And inside, the place didn't disappoint.  Produce piled up high and pretty.  A small grocery section.  What looked like a pretty solid deli and butcher counter.  Here's a look at the deli/butcher counter: 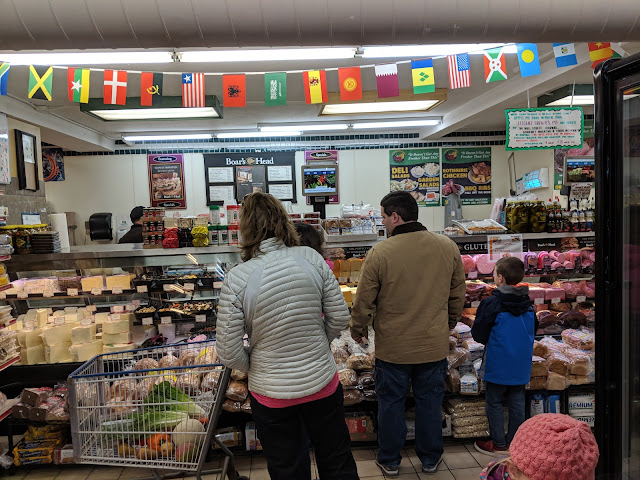 And then there it was.  In the refrigerated case.  Chellino Scamorza Cheese.  And the best part?  Just $5.99.  Like almost $2 cheaper than what I've been paying at Pete's Fresh Market.

They have a new regular customer.  Or at least as regular as I can be when I am making pizza pies.
cheese chellino chicago pizza pizza cheese scamorza
Location: 257 N Cass Ave, Westmont, IL 60559, USA