Posted by Jake Parrillo on June 21, 2022
Earlier this Spring, I was concerned about our lone Totem Pole Switch Grass because it didn't seem to show any growth.  Turns out, it is a slow-starter.  Here's a post from mid-May when it had just started to emerge for the first time about three or four weeks behind other ornamental grasses.  One month later, the grass is above my knees and is putting out some serious blades.  No seed tips (just yet), but plenty of greenish-blue ornamental grass blades.  See below for the current state: 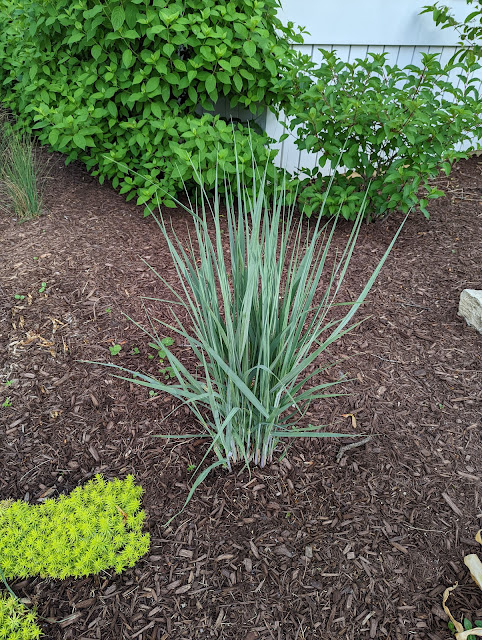 This is planted behind the troubled Norway Maple and seems to have figured out how to co-exist with some hard-to-grow conditions: a dense root mat from the Norway Maple tree + clay soil + hydrophobic mulch + quite a bit of sun + mostly drought(ish) conditions.
Last Summer this put out seeds head by August, but has YET to reach the claimed heights of six feet.
front yard landscaping garden diary grass diary grasses morton arboretum plant sale norway maple ornamental grasses switchgrass Totem Pole Grass
Location: Downers Grove, IL, USA