There's no shrinkflation going on with the King of Clubs.  16 ounces is still 16 ounces. 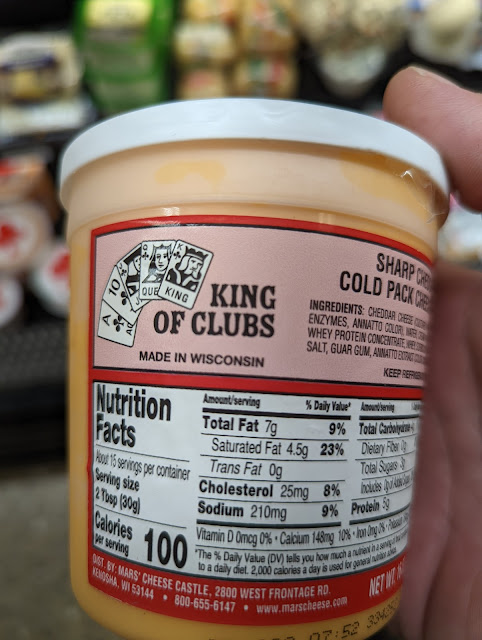 If you find yourself stopping at the Mars Cheese Castle on your way up to Wisconsin (and...let's be honest...you're going to stop, right?), grab a one pounder of the King of Clubs Sharp Cheddar.  Even if it isn't your thing, your Dad will love it.
cheese cheese spread cold pack cheese King of Clubs Made in Wisconsin Mars Cheese Castle wisconsin Wisconsin Cheese
Location: 2800 W Frontage Rd, Kenosha, WI 53144, USA