We have two Praying Hands hostas in our backyard shade garden.  They are both planted close to each other in the hosta bed underneath the large Northern Red Oak tree swing tree and tucked in amongst some other known varieties like Frances Williams and Christmas Tree as well as a bunch of other, unknown varieties - some variegated, some not.

I originally planted this back by the colony of Guacamole Hostas, but I moved it because there's a little path to a kids picnic table there and this was going to be trampled.

Here, below, is a look at both of them. First, the larger of the two.  I'm thinking this is the 2020 version below.  You can see ferns and other hostas in the photo.  As well as the tray of Kentucky Coffee tree seedlings that I have tucked in here to ensure they get watered. 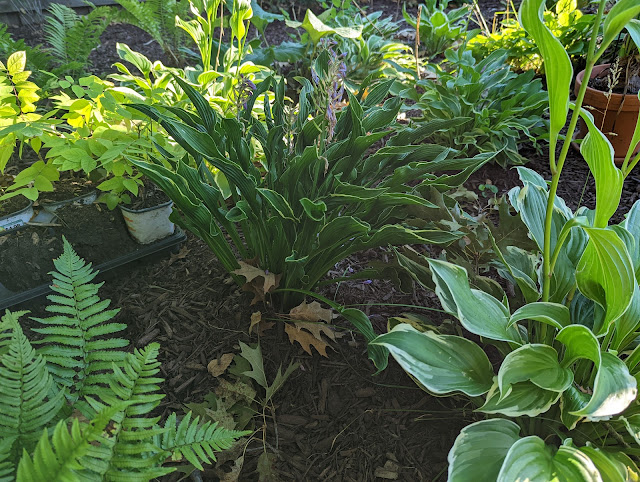 And, below is the second one.  This one is smaller and planted closer to the border.  They both are doing well and putting on mass. 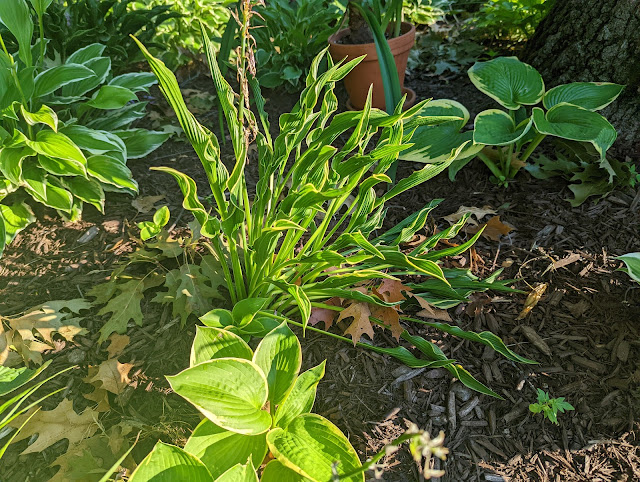 One of the great delights of being a hosta gardener is having the ability to divide plants to create more 'free plants'.  I've done that quite a few times with different sports, but I haven't done it with any of these more...what I'll call 'fancy' hostas.  I'd put the three Waterslide Hostas that I posted about last month in that same 'fancy' category.  They haven't arrived at the size yet that warrants a division, so this Fall I'll be leaving these alone.  But, they'll be worth considering next Fall - if they get large enough.