Just last week, I posted some details and photos of ferns that are peforming really well late in Summer and early Fall in our garden.  Those were Japanese Painted Ghost Ferns and Autumn Ferns.  I planted three Autumn Ferns - Dryopteris erythrosora - in May of 2021 and have watched them become standouts.   One of the things that I learned - by 'getting to know' these ferns is that they're semi-evergreen.  All the way until mid-December (2021), I was able to see these ferns show up in the garden, well-past when everything else went dormant.

Good news:  on a recent trip to the orange Big Box nursery, I found a set of six of these Autumn Ferns that were 50% off.  They're small to begin with (1.5 pint), so half-off made them $3 a piece.

Some photos below show these newly acquired Autumn Ferns.  First, a top-down look at the fronds.  Then, a look at the nursery container: 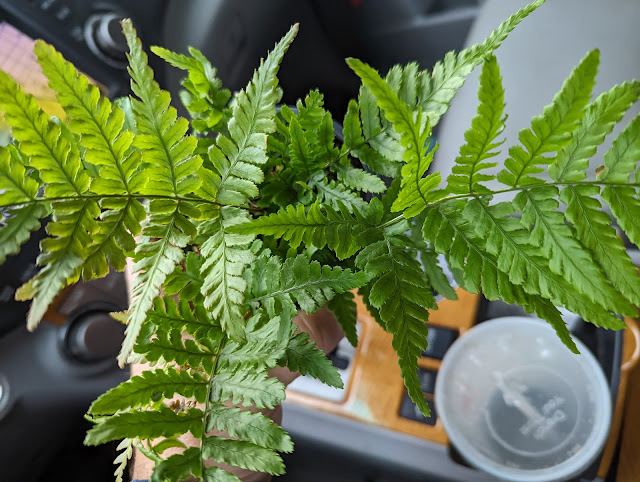 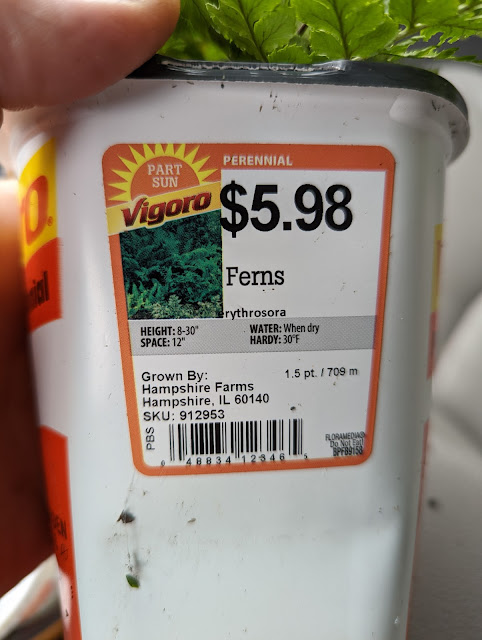 And, here below, is a look at the six small ferns that I brought home: 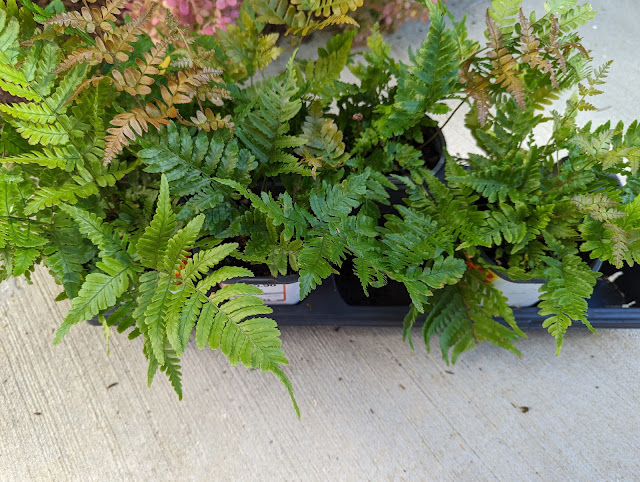 I would have bought six more if they were available.

Why?  Because I can think of a few places to plant them:  in the north bed by the Guacamole Hostas.  Along the south fence line - what was my #1 priority spot in 2021 - that I never planted, in front of the Hicks Yew hedge in the far back and maybe even up front - around the troubled Norway Maple (more on this tree soon).

I'll post the photos of the locations of these ferns as they go into the ground this week.