Posted by Jake Parrillo on December 24, 2022
A few days ago, I shared a mid-Winter update on my Staghorn Ferns and mentioned that I was going to share a separate post on the lone Elkhorn fern that I mounted in October.  First thing though....I'm pretty sure that the name "Elkhorn Fern" is probably misplaced.  This is likely just a variety of Bird's Nest Fern, but that's ok.  And...not the point - right now.
This is a six-week update on the Elkhorn since mounting. And, it hasn't been pretty.
Below is a look at the current state.  Lots of brown.  And lots of unhappy fronds.  But, a really nice cedar mount. 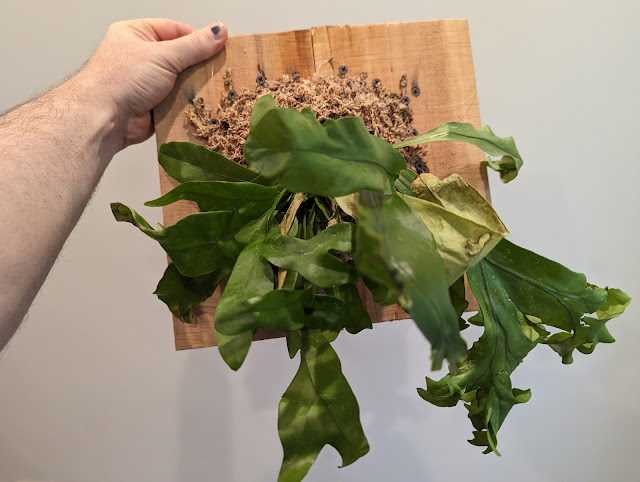 Not great.  See below: 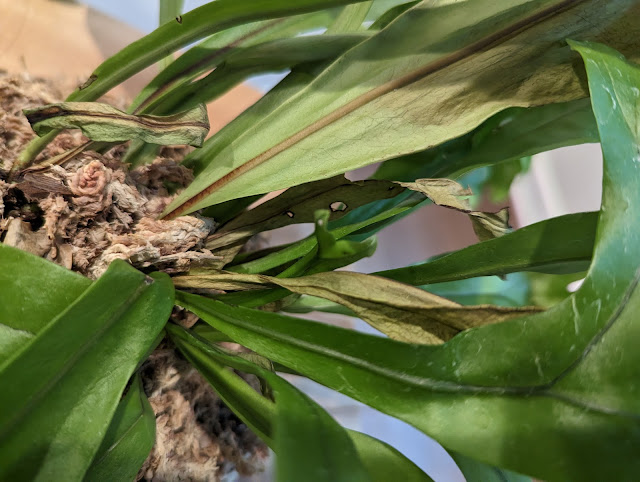