Currently, we have three Staghorn Ferns and one Elkhorn Fern (More on the Elkhorn in a separate post) that have been sitting in our basement windows trying to survive the long, dark Winter.  Two of the Staghorns are mounted to boards.  And one continues to be in the container that it arrived in from the big box nursery.

First up, the one in the container.  This is the oldest Staghorn and seems to be doing fine.  Not great.  But, fine.  The shield frond is the original one that is now brown and dried out.  We have a few antler-shaped fronds, too.  See below for current state. This can use a repotting and/or mounting this Spring. 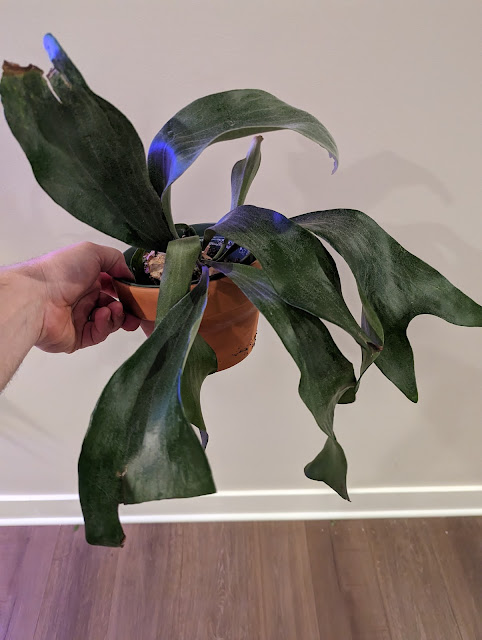 The next Staghorn Fern is the original fern mounted to a pine board with a large knot hole in it.  I posted about this one in August when I talked about it suffering.  How is it doing today?  Not great.  But...I *think* it is growing.  There are some small, new, non-antler-shaped fronds that have emerged. 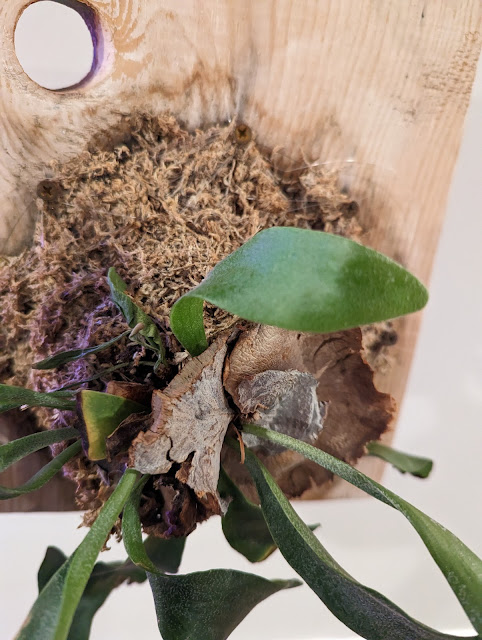 Here, below, is an overview of this mounted Staghorn showing a mix of more mature fronds and some newer, smaller, oval-tip-shaped ones: 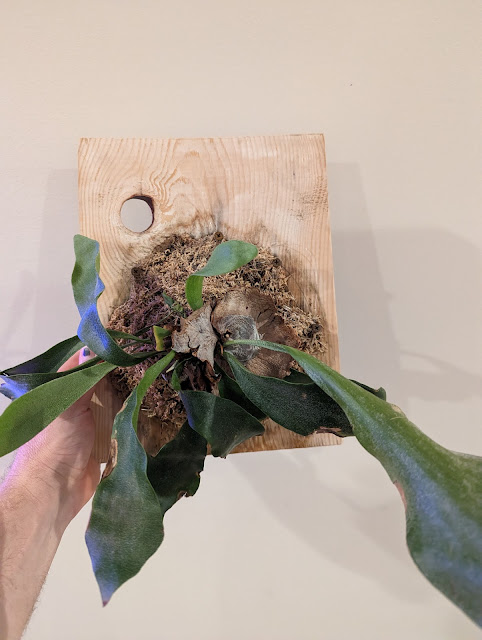 And...if you look closely, there are even some brand new 'pups' that have emerged from the crown.  I'm taking the appearance of these new pups - or new growth - as a positive sign.  These ferns do NOT grow rapidly, so I'm hopeful that I'll be able to baby this into a full frond. 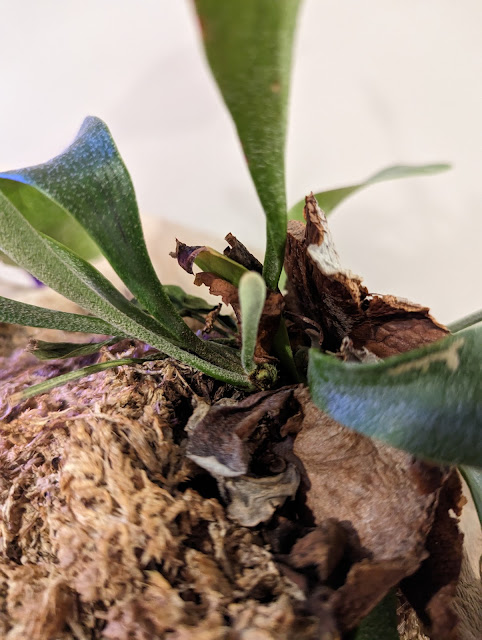 Lastly, is the newest Staghorn Fern that I mounted on a re-used board in October.  This one has had a little bit of board-mounting shock and has lost some of the tips.  It, generally, isn't lively.  All the fronds are weighed down.  See below for an overview: 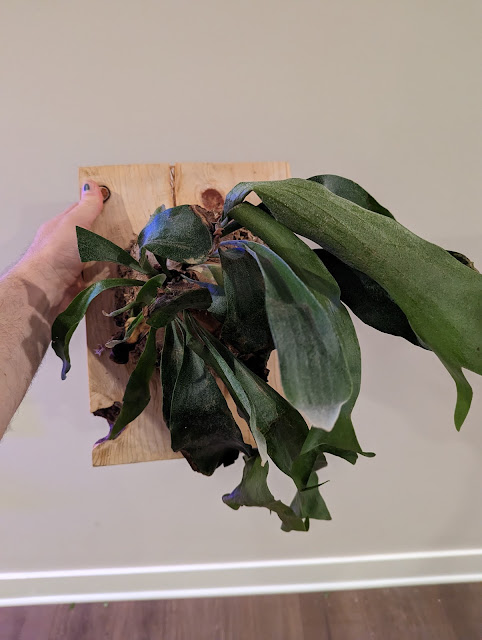 However, just like the other mounted Staghorn fern, this one too is showing some new growth.  See below for a tiny pup that's emerged from the crown: 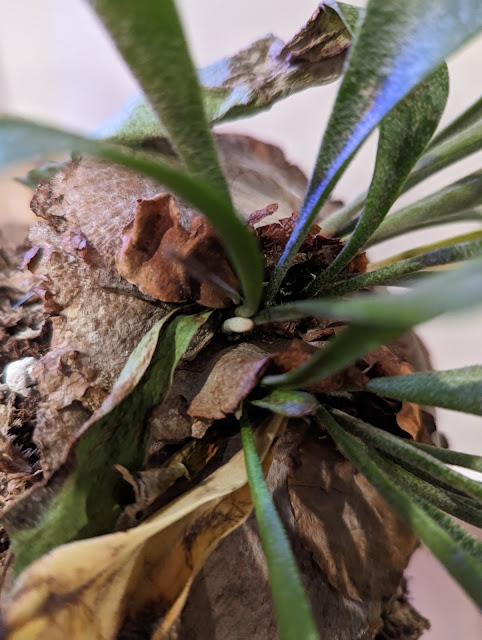 And, see below for a new(ish) oval-tipped frond that has emerged and is more erect/lively than the larger ones. 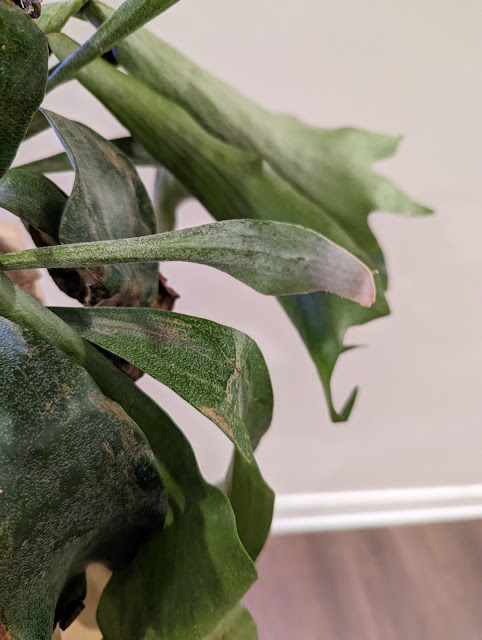 I'm not yet ready to call these on the path to thriving, but I'm hopeful.  What I really want to see is a new shield frond emerge.  Then...I'll know that they're happy.