Getting Our Chimney Swept - Summer 2019 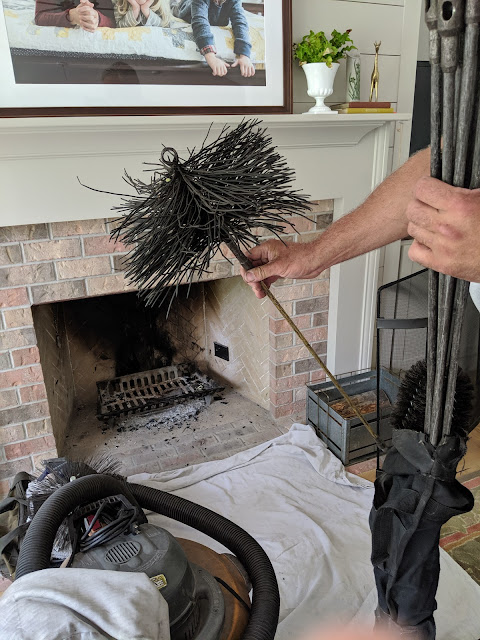 The previous Winter, we ordered just one Face Cord and ripped through it in no time.  We also burned a bunch of wood that we had on hand when we bought the property.  Not quite a face cord there, but close.  So, all in, that's about five Face Cords that have been burned.

We built the house new, so I *knew* that the Chimney was clean when we started.  But, I wasn't sure when we should get our chimney swept.  With the Summer here, I figured it was a slow time for the service providers, so I called one locally and set up an appointment.

When he got there, he asked me some questions:  type of wood we burn and how often.  Told him we burn everyday and we burn mostly hardwoods.  When I told him that we went through three Face Cords last season, he said that was too much without a sweep.

His recommendation:  every two Face Cords, I should have it swept.

He took his flashlight and had me get down on my knees to peek up into the chimney.  There was a lot of black soot.  But there were also some tiny bits of what appeared to be crystallized black stuff.

The guy from Soot Yourself told me that was the enemy.  It is a second-stage of creosote buildup.  Not something that we couldn't remove, but something to watch.

You can see in the photos here on the post that he did all of this from the ground floor.  He used the brush in the top photo because it is stiffer than the entry-level one.  He made a pass all the way up with this stiff brush, then came back and did a pass with the softer one.  He scraped the stuff off, gave our chimney a clean bill of health and told me to call him when we burn through two Face Cords this Winter. 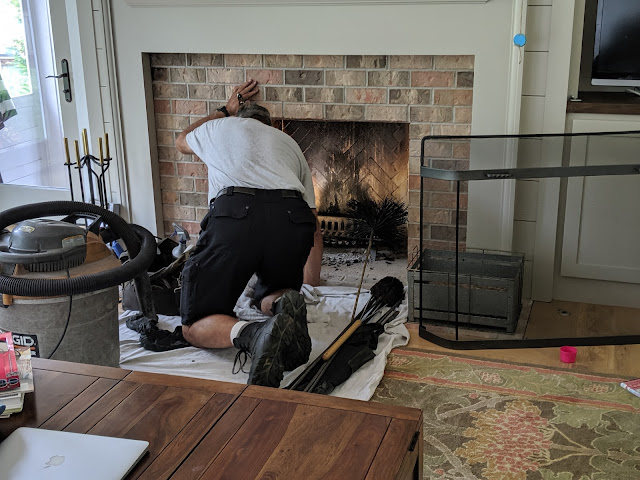 Those of you who burn like we do now know:  Call after your second Face Cord.  Good maintenance will go a long way towards keeping that fireplace working properly.  I'll be calling Al at Soot Yourself when we hit that threshold this Winter.
Best Firewood chimney chimney sweeping fireplace firewood firewood consumption house maintenance