The Other Two Disneyland Roses (July 2019) 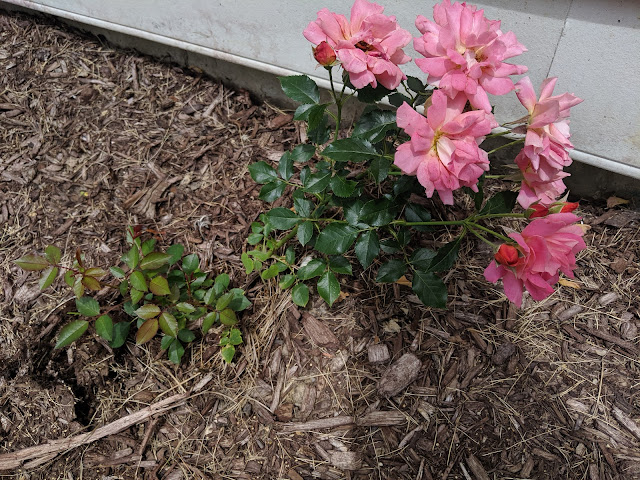 Last week, I posted a photo about our first Disneyland Rose and mentioned how I would get around to posting photos of the other two.  Welp, here's the post showing off the other two.  These were 10th Anniversary gifts from Nat's Mom and I planted them in October of last year.  October!  It was late, but that's when they were shipped to us.

I put them on the southside of our house, in the kind of narrow space between our house and our neighbor to the south.  The top photo shows the Disneyland Rose that I put in a little bit more oriented towards the back of our house.  It has blooms!

The photo below shows the other rose bush that I planted closer to the front of the house.  It does NOT have any blooms.  And in fact, it seems like half of the bush has perished (the back half), but the front half is full of green growth. 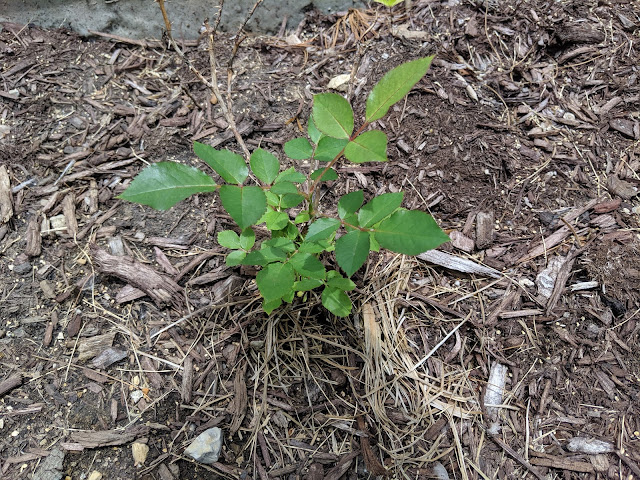 If go back and look at the original plants, you'll note that the one that is doing better *this year* was also doing better when I put it in the ground.  That one had a late bloom on it when we received it and was a bit more sprawling.  The other one was smaller, more stunted from the start.  And that pattern has continued this year.

I haven't fed these things yet this year, but on my list of things to buy at Menards or Home Depot is Rose food.  I'll get that in, coat them in new bed of mulch and be on our way.
#hornbeamhill disneyland rose flowers garden diary gardening landscape beds rose garden roses south side of house
Location: Downers Grove, IL, USA