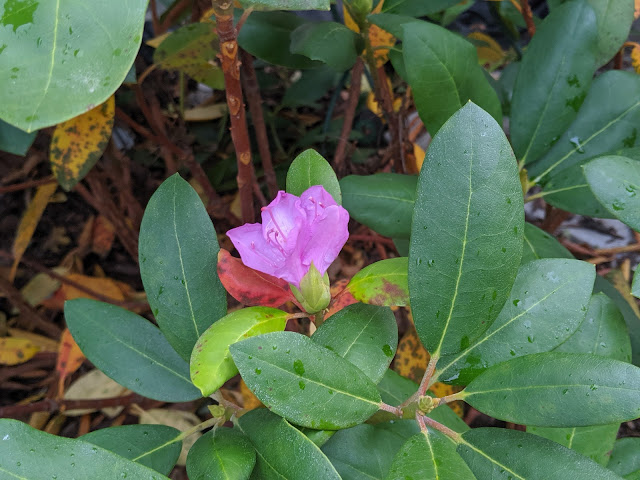 It appears that we have a confused rhododendron in our backyard.  Nat told me that one of our two rhododendrons were flowering out back and I didn't believe her.  Wrong time of year.  I went back there - and sure enough - she was right.  A small purple flower had emerged from one of the buds that the shrub has been setting as it heads into dormancy.

This same thing happened last year with our Chanticleer Pear flowering tree out front - it flowered in early November.

Back to the rhododendron, it appears (for now) that there's just one flower, so I'm not concerned.  This story claims that it isn't that rare for them to flower in the Autumn.  I'll return to these shrubs before the Winter sets in with a Wilt-Pruf application like I've did last year.
#hornbeamhill backyard fall fall flowers flowering shrubs garden diary rhododendron
Location: Downers Grove, IL, USA