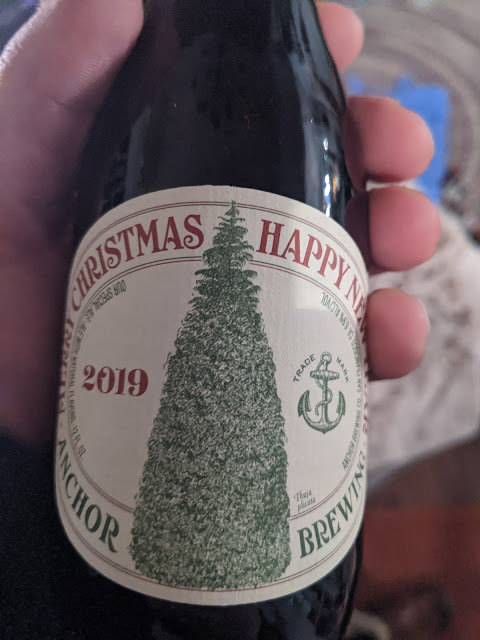 On a trip over to the Home Depot, Nat wanted to stop at Binny's for a few things.  I stayed in the car with the kids and she went in and came out with some of this Anchor Steam Christmas Ale.  This six-pack is destined for Naperville and her two brothers who have both drank and collected this annual release over the years.  They're the real beer drinkers in the family - they know their stuff and have their preferences, so it is fun to see this little tradition come alive every year.

I've posted these bottles over the years here on the blog.

So this year marks the sixth year that I've posted photos of the bottles - and every year it features a tree from Northern California.   This year is the Western Arborvitae.

From the Anchor Brewing site:

As each Christmas Ale recipe evolves, so does its hand-drawn packaging, created by long-time Anchor Illustrator Jim Stitt, who has created Anchor’s Christmas Ale labels since 1975. Since ancient times, trees have symbolized the winter solstice when the earth, with its seasons, appears born anew.

This year, Stitt illustrated the Western Arborvitae – the “tree of life” – across the label. It is an evergreen conifer native to Northern California, the same region that Anchor has called home for over 123 years. Before modern medicine, properties of Western Arborvitae leaves were believed to have healing properties – hence, the moniker “tree of life.” 2019 Anchor Christmas Ale proudly wears this tree and symbolizes the start of a strong, healthy beginning.

The label doesn't have the red ring like last year, but looks like most of the previous years.  You can do a full Christmas Ale label tour here. 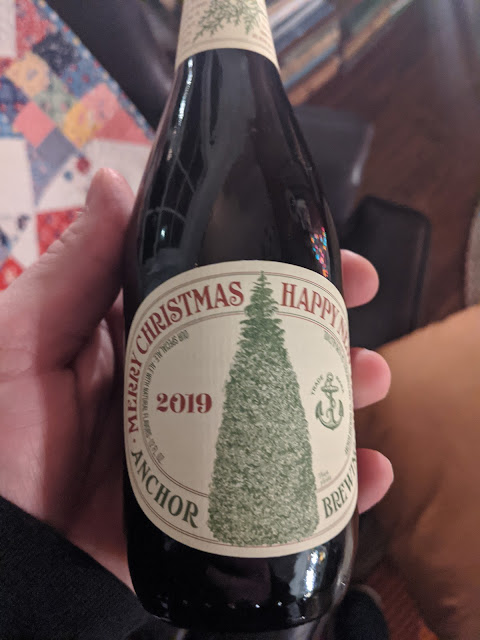 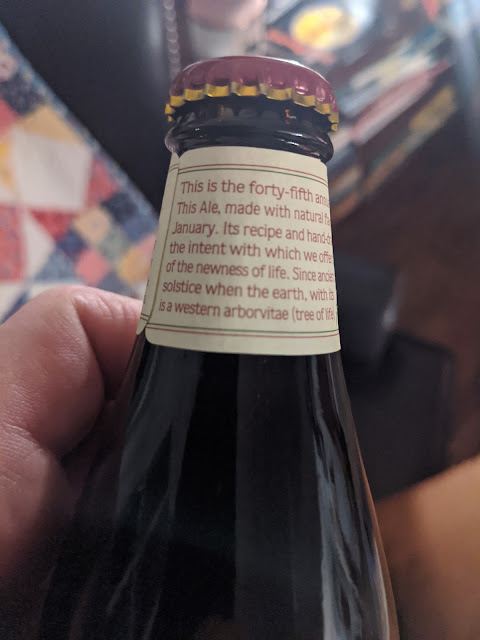