Overwintering Juniper Bonsai In The Ground - 2019 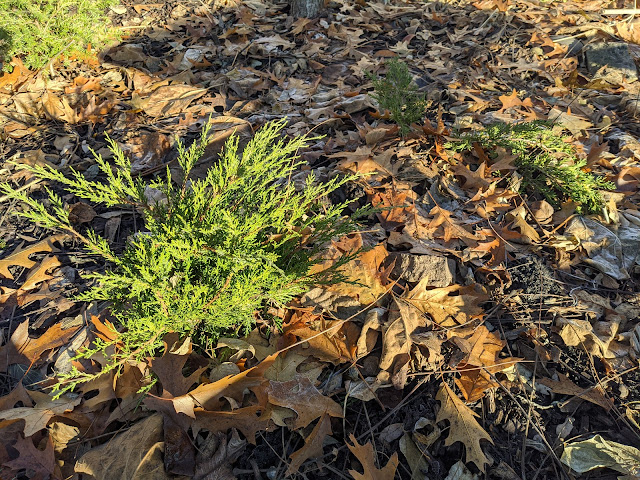 Earlier this year, I bought a couple of small (less than $10) junipers at the Home Depot and began to prune them a little bit to make them into a shape that would be more bonsai-like.  This year, I just started my bonsai-journey with a small Cypress - and overpruned it.  It ended up dying.  I think it was a combination of OVER-pruning and putting it into a bonsai pot prematurely so it dried out.  I decided to learn my lesson with these two other junipers:  A Youngstown Juniper.  And a Chinese Juniper.

With both of those, I cleaned up some of the limbs and established a clear leader.  I didn't do any wiring or cleaning up of the roots.  But, instead left them in their nursery containers.

We live in Zone 5B - in Northern Illinois - so we have a couple of choices with Winter coming:

1. Overwinter bonsai in climate controlled environment. Ideally in a place that keeps the temperature right at 34 degrees. Greenhouse or quonset hut that is heated and vented to keep the temperature low (to send them to dormancy!), but also above 32 degrees (to prevent freezing!).  That's what the Chicago Botanic Garden does with their bonsai.

2. Or...bury the pots directly in the ground to hope that the heat from the earth will protect the roots.
So, back in October, I dug up a couple of holes and stuck the pots directly in the ground.  Yeah...directly in the nursery pots in the ground.  In an attempt to keep it from freezing out and dying over the winter.  I also packed these things with bunches of dry Oak leaves that you can see in the photo.  I'm not going to blow these off and instead keep them there in a hope that they'll provide some insulation from the winter freezing.  I planted these a little bit deeper than I would if these were planted without their pots - and because I intend to dig them up come Spring.

I'm putting this down in the garden diary here - this photo is from a couple of weeks ago - so I can check in back on them back in the Spring when I will try to dig them out and give them a pruning before they get growing for the season.
#hornbeamhill backyard bonsai Bonsai Journey bonsai juniper conifers garden diary junipers
Location: Downers Grove, IL, USA