Over the weekend - without much thought - I picked up a tiny Maidenhair Fern and potted it up in a six-inch clay pot and added it our little collection of house plants.  My thought was that this would MOSTLY replace the dead fern that I tried to bring back this Winter and would live next to the potted-up wire vine that I treated similarly.  I opted against using the traditional clay saucer for this one, opting instead for a small plastic container to keep the water from running out AND keeping the humidity level up higher.  One of the things I know about Maidenhair Ferns is that they're temperamental and like to have a higher degree of humidity around them.  Being in clay pot isn't ideal, but it is the cheapest of the pots, right?  It was just $2.99 and quite small, but looks nice potted up.  Here, below, is where its stands as of today. 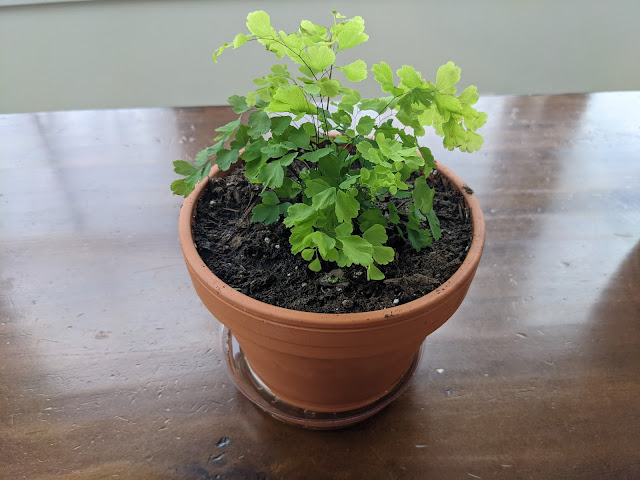 Like, umm, everyone, I was naturally drawn to the light, airy leaflets of the Maidenhair that kind of dance when you blow on them. 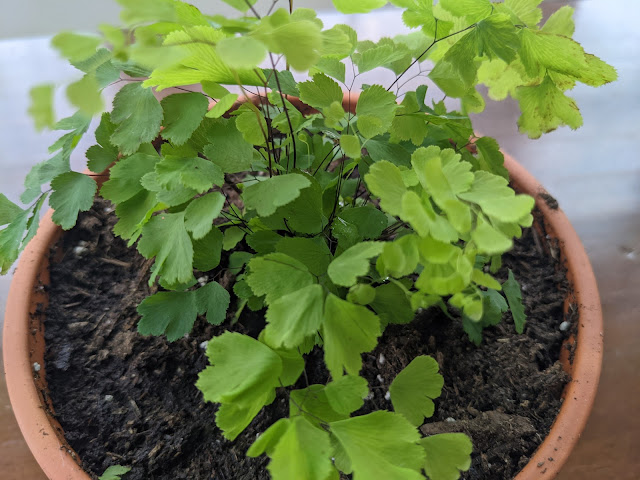 What's the over/under on this thing surviving?  Three weeks?  Four weeks?  Let's check back in on this in late March and see how it is doing. 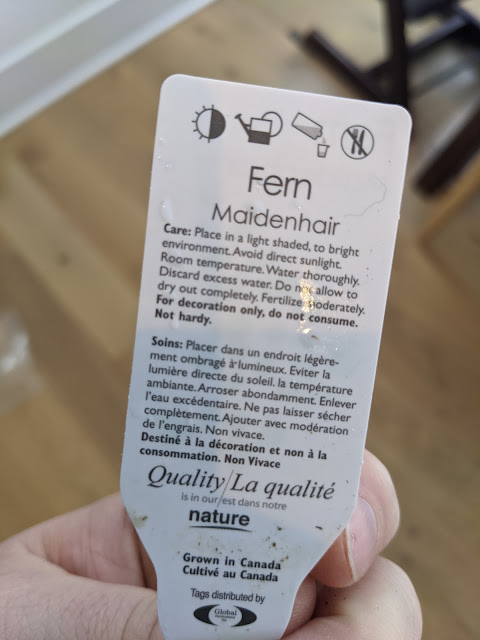