This is the third post showing off a newly acquired plant from this Spring's Morton Arboretum Plant Sale - the first two were when I added three more All Gold Japanese Forest Grasses and two Amber Queen Barrenworts.  Both of those were additional plants that I bought last year and added more this year.  I also bought a couple of plants that are net new to me:  both the type and the particular cultivar.  I'll also admit that this particular plant is OFF plan, but I saw it on one of Erin the Impatient Gardener's Instagram posts and added it to my list.

She talked about how it puts on a really nice Fall show and while it flowers, she grows it mostly for the foliage.  Here's one of her posts showing this off below:

A post shared by ERIN 🌿 The Impatient Gardener (@impatientgardener)

So, when I saw a version of it at the Morton Arboretum Arbor Day Sale, I bought a couple.  With the newly expanded beds and the "moved out" Fanal Astilbes, I had space kind of in between the Oakleaf Hydrangeas and the Astilbes.  At the sale they had something called Amsonia hubrichtii Butterscotch.  I did a quick search for intel and discovered that it is a little different, but similar.  However, it grows pretty wide.

It will make a clump of 2-3' high and 3-4' across. It is topped with umbels of steel blue flowers in mid spring. The fall color is reputed to be even more brilliant than A. hubrichtii. None the less, the foliage is magnificent. The fine texture will contrast so beautifully with most any other perennial.

Here's what the three of these Butterscotch plants that I brought home looked like in their nursery containers: 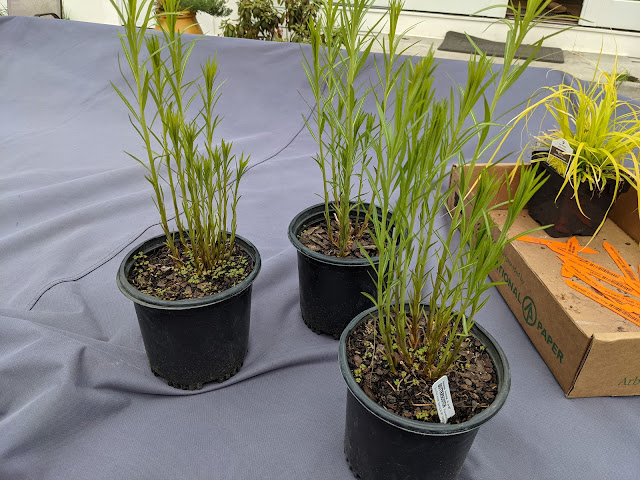 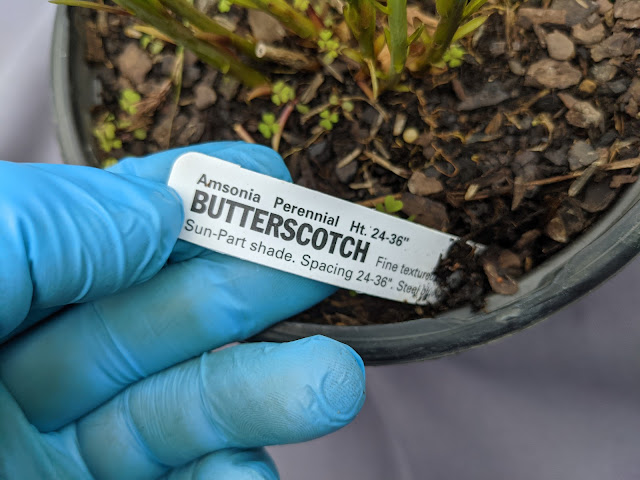 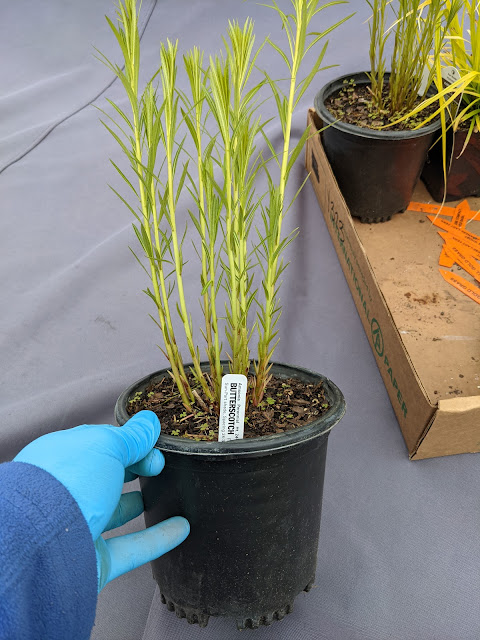 Some of the flowers are already forming - see below - so I decided to get this one in the ground quickly. 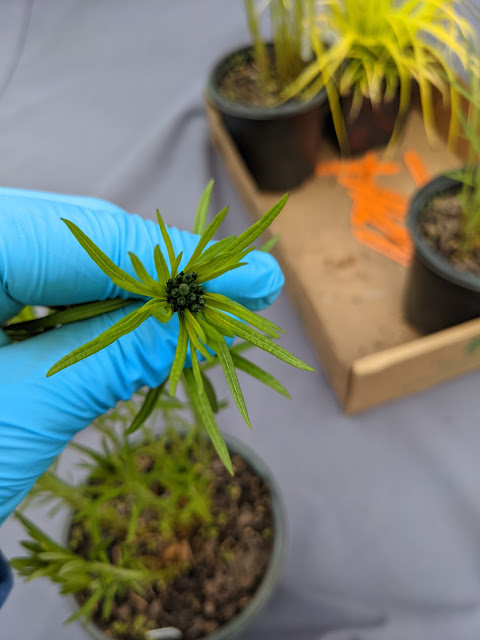 I thought it'd be great a layer, so I dug three holes and put these in right behind the Astilbes in the south bed.  This area is a mix of Sun and Shade, so I think they'll be (mostly) happy here. 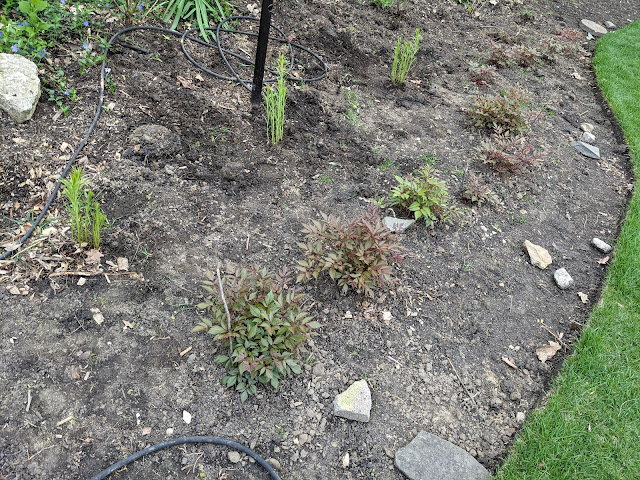 I'll feed these with a little bit of nitrogen fertilizer then tuck them in with the season's mulch in the coming days with the hope of getting these to acclimate to the ground so they can put on the show that the Chicago Botanical Garden says will arrive in the Fall.  From their Bluestar Guide:
Amsonia backyard Bluestar Butterscotch fall show flowers garden diary Impatient Gardener layering Morton Arboretum morton arboretum plant sale native plants
Location: Downers Grove, IL, USA