Posted by Jake Parrillo on September 23, 2021
Documenting a bit of pest damage to our Toad Lilies in late Summer/early Fall here with what I think is a rabbit gnawing on these perennials.  See below, for a photo of one of the three Toad Lilies that I planted this year.  This is the one that is closest to the fence and has suffered the most damage.  It is down to a single stalk with one good-sized leaf. 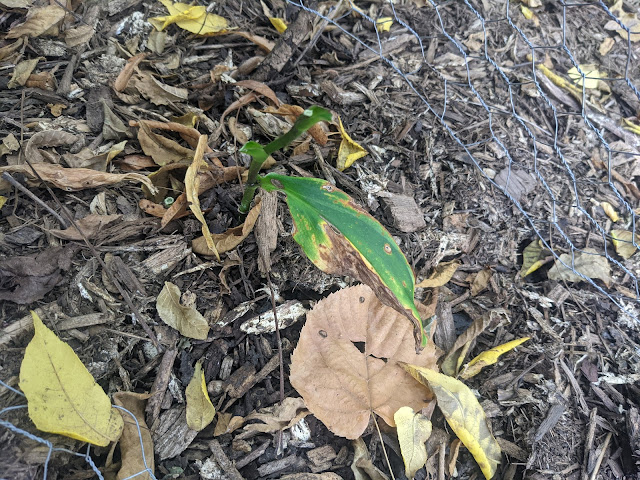 I mentioned in August that we didn't see any flowers on these this year as they were chewed right off by rabbits (I'm guessing) while we were on vacation.  In that post, I talked about having to put up some pest fencing - and I thought that would be a "next year" task.  But, with one of these suffering and me seeing a lot of rabbits around our garden, the time is now to put that fencing up.

I grabbed a little bit of chicken wire and wrapped them in a ring - with the goal of keeping these alive during their last few weeks.  I put the two on the right in one ring.  And the most-damaged one (on the left) in a ring by itself. 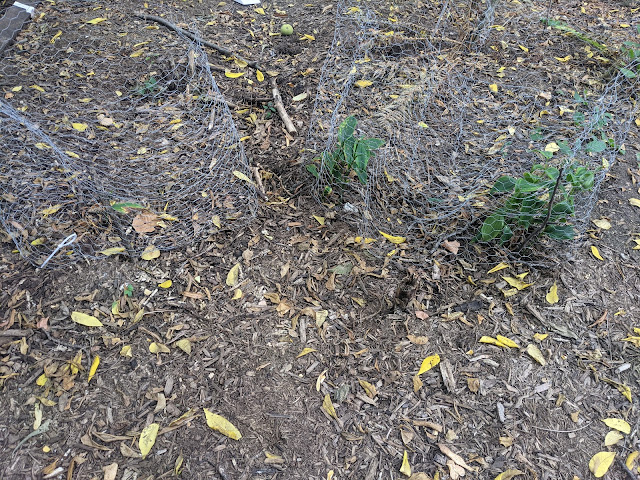 These Toad Lilies are supposed to 'naturalize' and spread a bit, but that won't happen if they don't survive their first year, right?  I planted these back in early June of 2021 and think I'll add a few more to my cart next year for this area.  Note to self:  2022 plant wish list has already started.
2022 plant wish list animal damage backyard chicken wire garden diary Japanese Gardening pests rabbits Toad Lilies
Location: Downers Grove, IL, USA