Posted by Jake Parrillo on January 17, 2022
During the past week or so, I've been poking around doing research into evergreens for this year and think about shrubs and trees that might work in certain spots of our garden.  While I was doing that, I thought that I should do some level of an informal audit on what is in place.  Of course, there are the Hicks yews (in multiple places), but also a couple of Junipers and just last year, I added a Bird's Nest Spruce that I left in the nursery container.
But, when I went out in the yard to have a look at what else there was, I realized that I planted another conifer that I failed to document in the [garden diary] this past fall:  a Mugo Pine.  When I was planting some of those tiny Boxwoods, I also dug in a very small Mugo Pine.  While I failed to post about the small Pine going in, I *did* mention it during my 2021 scorecard post.  While that's just fine, I do think this small conifer shrub deserves a post of its own.
What is a Mugo Pine?  From Monrovia:

A popular dwarf conifer displaying dark green needles on dense branches. A very useful, slow growing evergreen for rock gardens, mass plantings, and in mixed groupings with broadleaf plants.
Although Mugo Pine can grow taller with age, in the Japanese garden it is very carefully clipped into a neat mounding form. Of the small conifers, this is the easiest to grow in gardens and is often used individually or in small clusters with boulders. Has become popular as an evergreen contrast in perennial borders, but it's best used amidst other dwarf shrubs needing texture variations.

It is something I've kept an eye on over the years - as I especially like how it shows off with some 'candles' as it matures.
Here's what it looks like right now:  half buried in snow. 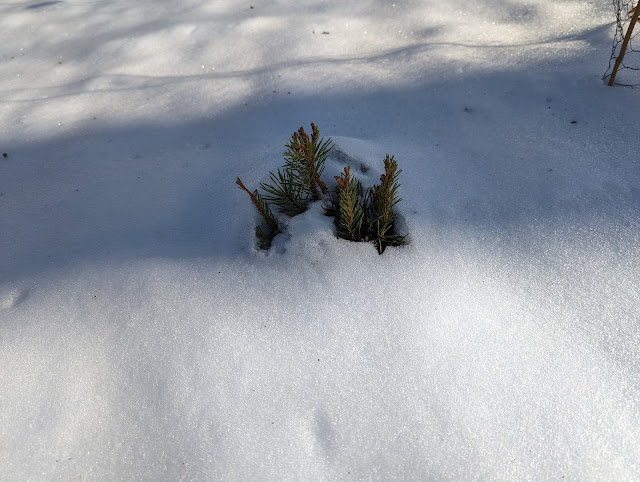 And, here (below) is what it looked like in October when I brought it home (paid half price). 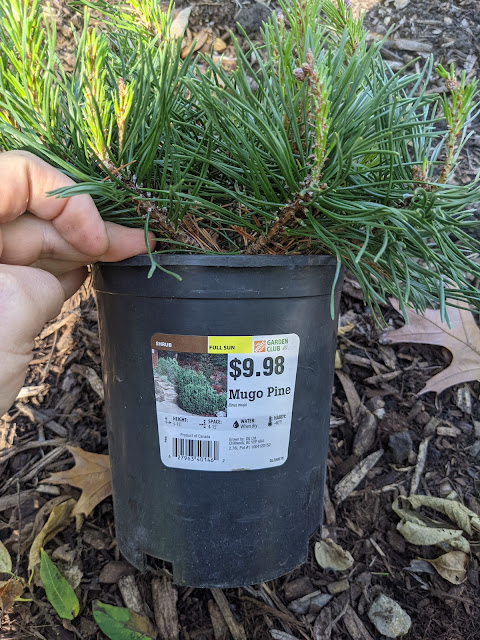 Here's a peek at the location - pre-planting.  Right in between the Harry Lauder Walking Stick tree, a Guacamole Hosta in the back and the (temporary) Kentucky Coffee Tree seedling tray in the chicken wire. 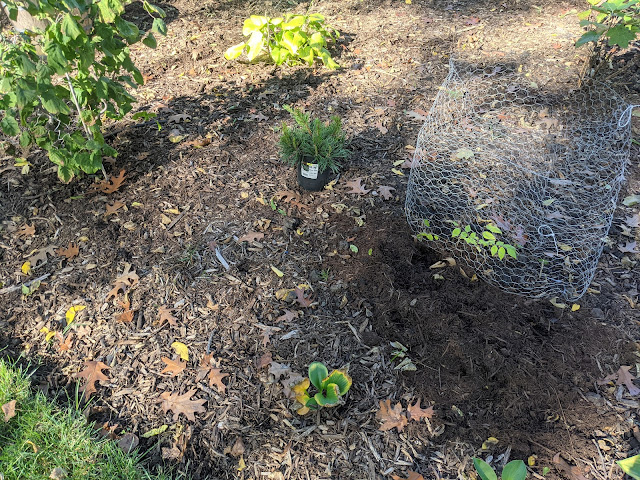 And, here below, is post-planting it.  I decided to plant this one directly in the ground. 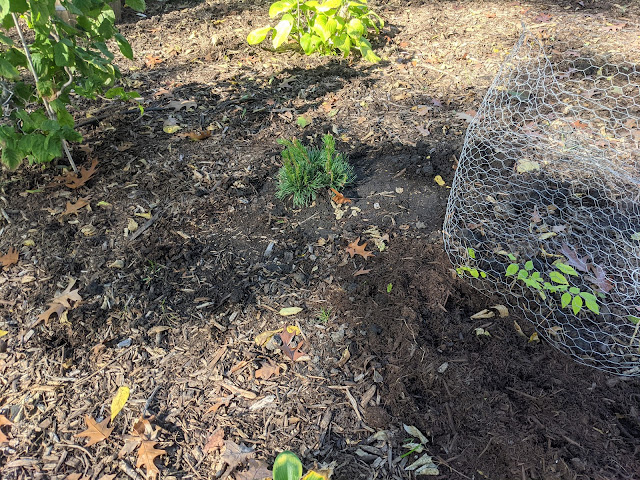