Last week, I posted some photos and details of the Karl Foerster Feather Reed Grasses that I divided last Fall and transplanted around the yard with (so far...) success.  At that time, I mentioned that I had a few more grasses that I left in place as a sort-of hedge against the division killing all of the grasses.  This past weekend, I got around to digging up the remaining grasses and dividing them into new clumps ready for transplant.  Starting with the little bed outside our kitchen window, we had (as of this Spring) three large clumps.  Now, we're back to five smaller grasses - three in the back, two in the front.  See that below: 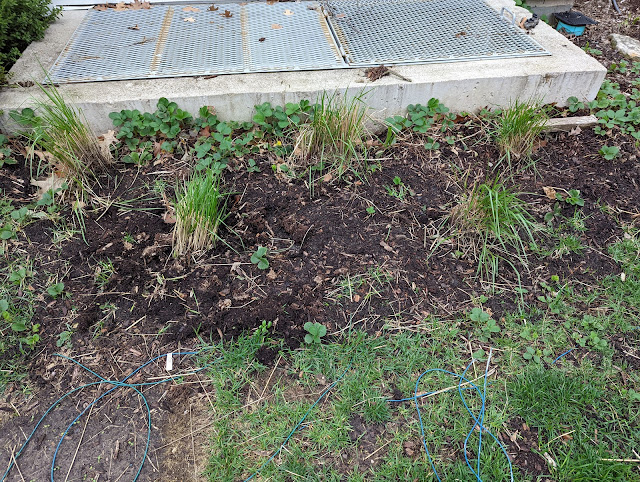 The other grass that was ready to divide was one outside our screened porch.  I dug it up and divided it and put one of the divisions back in place - you can see it below.  The newly divided grass is on the right along with three other grasses that were planted in subsequent years.  Now there are four grasses in this little bed.  I'm thinking that these other three grasses will be ready for division next year. 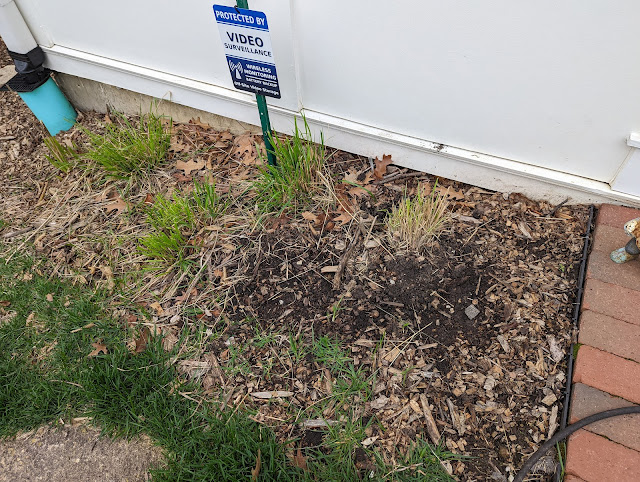 Where did all of those divisions go?  And how many were there ready to place?

The first answer:  they all went in the backyard.

The second answer:  after putting back divisions in the original locations, we had eight good-sized grasses and two tiny - very likely NOT viable - divisions.

I put the first three of them in at the base of the southside Northern Red Oak tree - you can see the three grasses below: 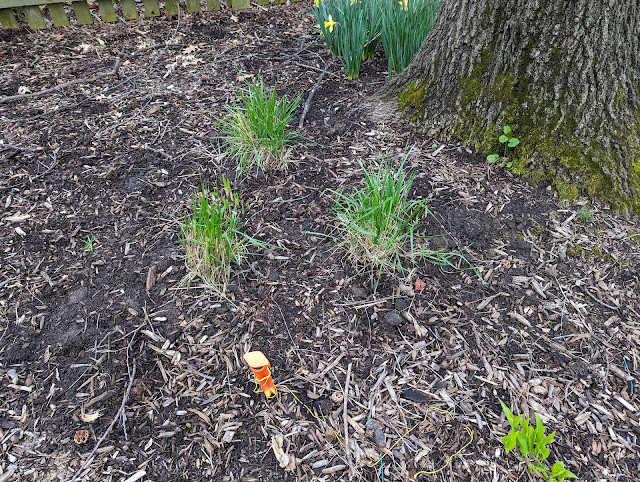 I put the next three out on the far edge of the fire pit area - to the West of the gravel - in a little row.  You can see those three below: 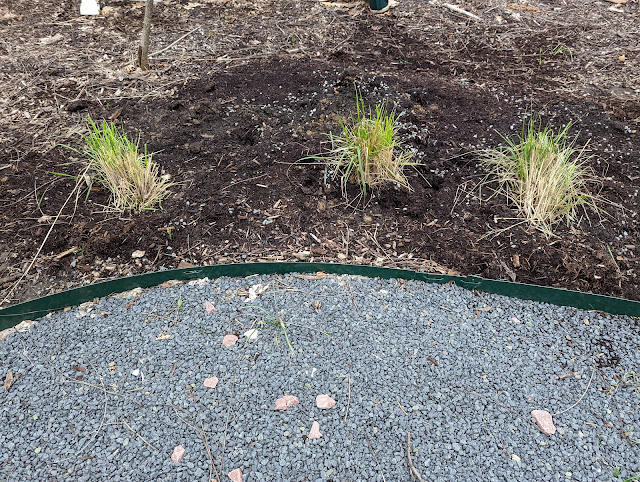 Having planted those six, that left me with two more.  I decided to tuck them in against the fence between the newly planted (last Fall) London Planetrees and some of the Summer Beauty Ornamental Alliums and the Tuff Stuff Red Hydrangea that was planted a number of years ago (but has never bloomed).  You can see those grasses against the fence below: 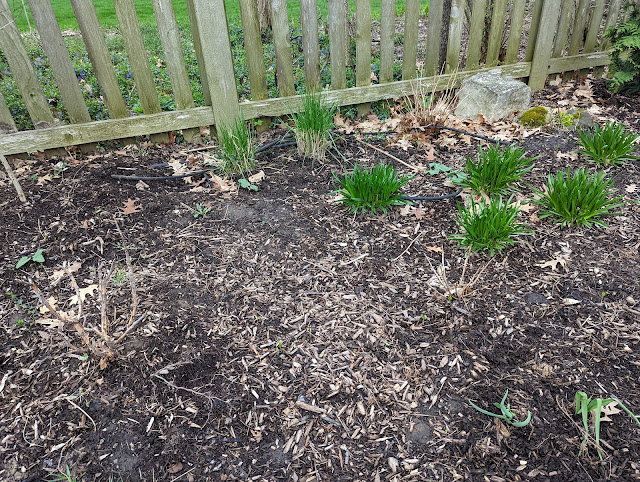 Up top of this post, I also mentioned that there were two small, very-likely NON-viable clumps of grass.  They had some roots and some green shoots, but they were very small and could fit in the palm of my hand.  I decided to give them a shot and planted them right behind the cluster of ferns that I planted last year - the Shaggy Shield and Tassel ferns.  You can see those little tufts of Karl Foerster Grasses below: 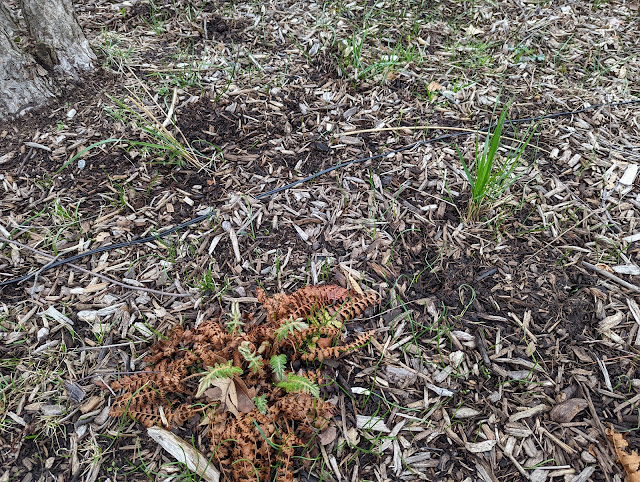 These grasses will (hopefully) provide some cohesion between the beds - with a repeating look - across a few views out back.