Back in 2019, I planted six tiny Candian Hemlock trees in a couple of spots of our yard.  When I say 'tiny', I mean 'tiny'.  These were less than a foot tall at the time.  Here's the first three - that went into the far back corner of our yard.  And here's the second three that went into the north side border - in the shade.  That (the shade part) is the point of these.  They are evergreens that *work* in shade.

Over time, we lost half of these.  The (dang) rabbits destroyed them during the winter.  I didn't notice until the following Spring, so after that, I've decided to protect them with chicken wire.

We have three remaining.  Two along the north border.  One in the far back.

It has been a while since I clock'd these into the garden diary/tree diary, so I thought I'd document their current state.  Are they big?  No.  But, the two on the north side are doing well.  These are the two that didn't get gnawed at by rabbits.

Here, below, are two photos showing the heights of these two Hemlocks.  They're well out the top of the chicken wire ring and close to the height of the fence - when viewed inline. 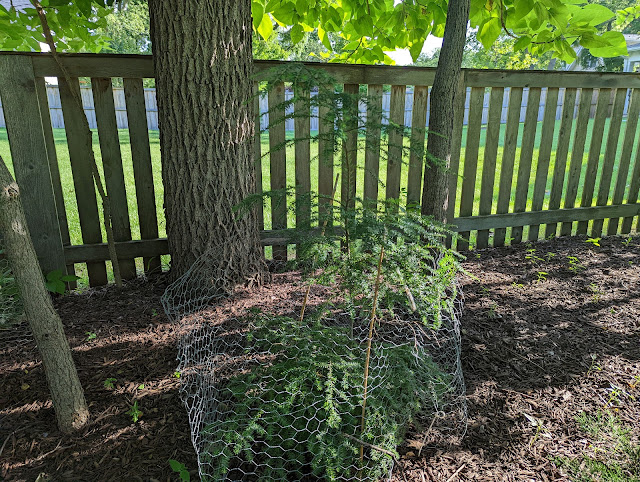 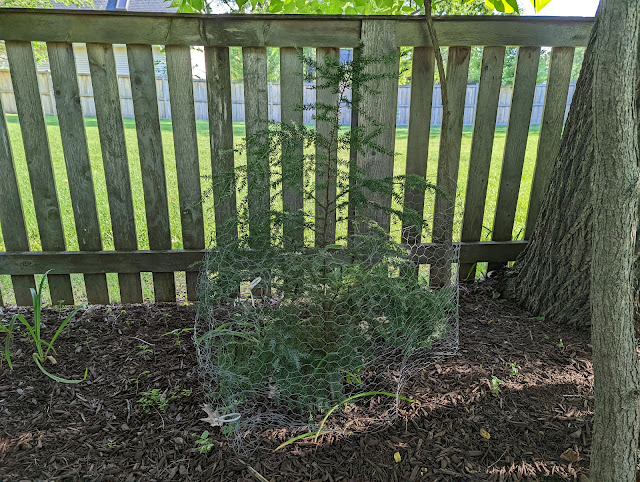 Here, below, is the third Canadian Hemlock tree - in the fourth growing season - in our Northern Illinois garden (in the deep shade).  This is the tree that was gnawed at pretty strongly by rabbits over Winter, but has come back.  Based on the difference in the height between this one and the other two (that were undamaged by the dang rabbits), I'd say this is set back at least a full year. 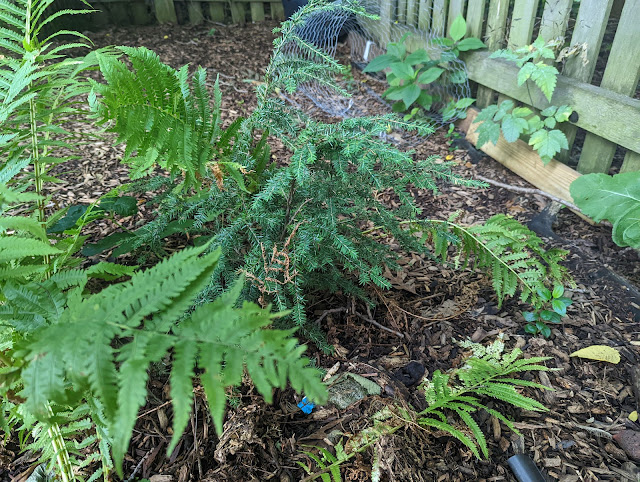 You can see that this one is hem'd in by an Ostrich Fern, but I'm not sure if that fern is *actually* competing with the tree.

These were a long-game planting, but were all spec'd by our plan.  If I could do it over, I'm thinking I'd start with something BIGGER than 1 footers.