I've been tracking our small (but growing) Dawn Redwood tree for a number of years - since planting it (as a replacement) in the 2018 growing season.  That means, we're in the midst of the fifth growing season ('18, '19, '20, '21, '22) and the tree continues to kind of creep-along.  It put on massive growth in 2019, but I haven't been tracking it that closely ever since - because the height is now out of reach for me.

But, every year - in late Summer - I've been seeing a 'flush' of new growth.  This usually happens on the tips of the limbs with new needles emerging in late August.  See below for an example of this year's flush of needles: 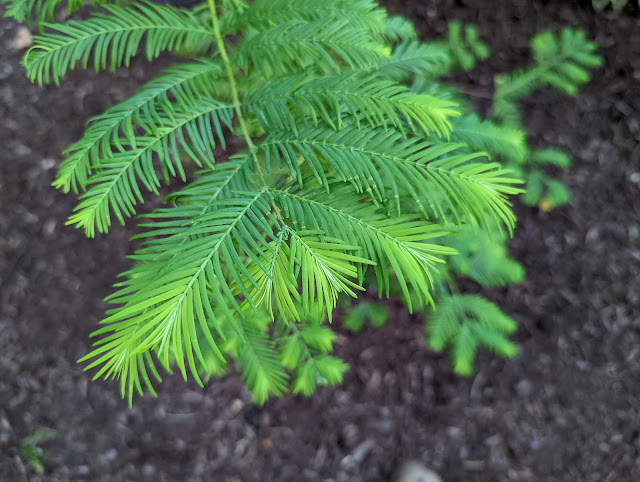 I'm overdue for a full caliper measurement of all the trees (including this one), but I hope to correct that this Fall.  It is, after all, on my 2022 to-do list.