We typically have a few plants and flower projects around Christmas and this year is no different.  Most years, we do at least two kinds:  amaryllis and a store-bought poinsettia for the kitchen.  This year, we added a third thing:  Paperwhite bulbs.   We've had the typical poinsetta in most years.  Usually red, sometimes white or more interesting coloring.  But this year, we were at the orange big box store doing one of those kids projects when we wandered out into the nursery.  That's where we saw a rack of something that looked *kinda* like a traditional poinsettia.  But, was a little different.

The 'petals' (which...are really just different colored leaves) were curled under.  And were clustered on the top of the plant.  What is this?  Turns out, it is called a Winter Rose.  It is a poinsettia.  Just tweaked.  Here's a few photos of the red Winter Rose: 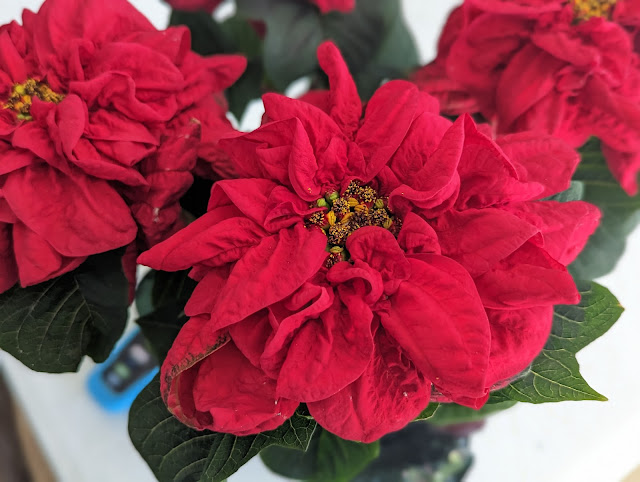 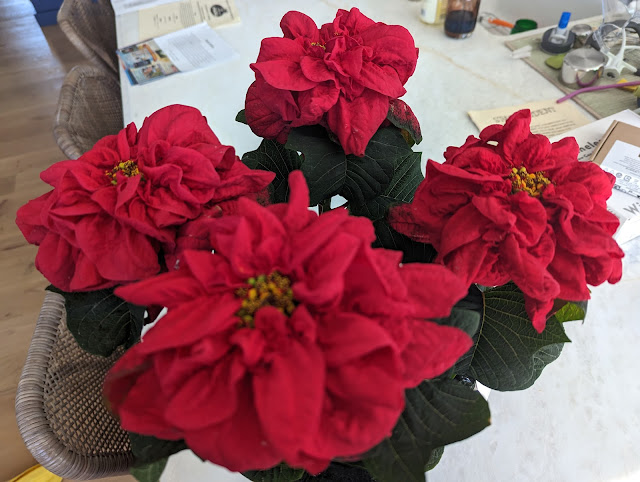 I pulled out the tag of the plant and it read this:  Poinsettia.  Euphorbia pulcherrima.  So, it is a poinsettia. 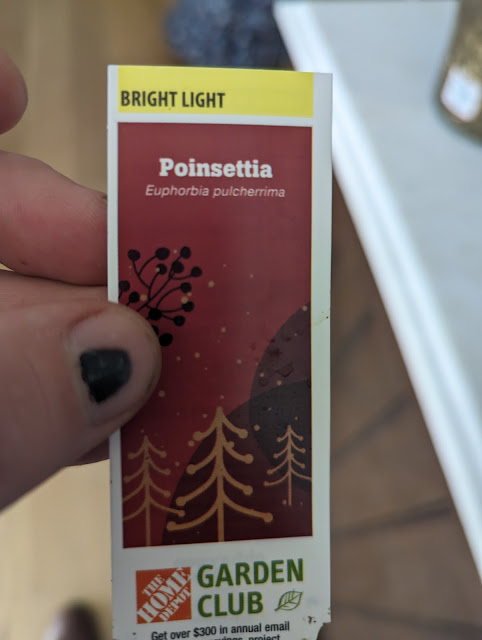 But, down on the bottom of the container told the real story.  This is a Winter Rose Poinsettia.  For nine bucks. 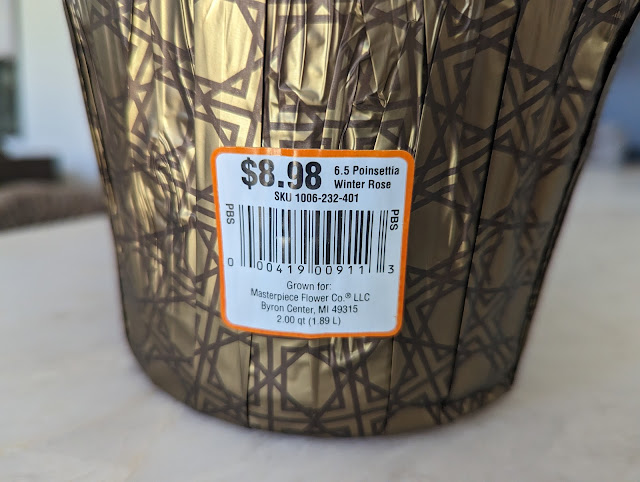 A new type of long lasting poinsettia, the Winter Rose variety looks like a beautiful rose in bloom. Better yet, the lovely colorful “bracts” last much longer. A Winter Rose may still be colorful in March or April while usual poinsettias have faded and lost leaves. The care for a Winter Rose is the same as that for other poinsettias.

...This plant was first developed by the Paul Ecke Plant Company. The leaves and bracts on the Winter Rose variety are smaller and tend to curl under and the plant is usually shorter than regular poinsettias.

They'll last until March?!?  Holy moly.  That's neat.   As for the heritage of this plant, that story from Plant411 mentions the Paul Ecke Plant Company.  So...I had to have a look: who is/was Paul Ecke?  Turns out, he's the godfather of the poinsettia.  He died in 1991 - here's his obituary from the NYT.

Paul Ecke Sr., a German immigrant who turned the poinsettia into a traditional Christmas plant, died Friday at his home. He was 96 years old.

Mr. Ecke (pronounced EH-kee) was nicknamed "Mr. Poinsettia" for developing varieties of the plant that could be grown during Christmastime and for promoting the Yuletide merits of a relatively obscure plant.

Most of more than 40 million poinsettias sold annually in the United States can be traced to Mr. Ecke's ranch in San Diego County, where he developed 30 strains that are grown across the nation.

The family has donated their 'papers' to the Cal State system - San Marcos campus.  And it appears that after a few generations, they've sold the Paul Ecke ranch and are out of the poinsettia business since about 2012.

That's an incredible story, no?  One guy as the driving force behind something that has become so closely associated with Christmas?  As Cosmo Kramer said about Frank Costanza and Festivus:  "He's so prolific!"

As for our Winter Rose, I'm thinking that I'll monitor this plant to see if it lives up to the long-shelf-life reputation this Winter.