Posted by Jake Parrillo on January 02, 2023
I've posted a few times about Woodstock Illinois and how it was one of the central characters in the film Groundhog Day (written and directed by Harold Ramis) here on the blog.  Here's a letter from Ramis to the citizens of Woodstock.  Here's a look at a visit to "Ned's Corner".  And a post showing the "Gobblers Knob" landmark in the Woodstock square.
We were in Woodstock and popped into the theater for a matinee and I saw a new (to me) sign that marked the main movie theater in the Woodstock Theater (operated by Classic Cinemas) was named the Harold Ramis Auditorium.  Below is a shot of the plaque outside theater one. 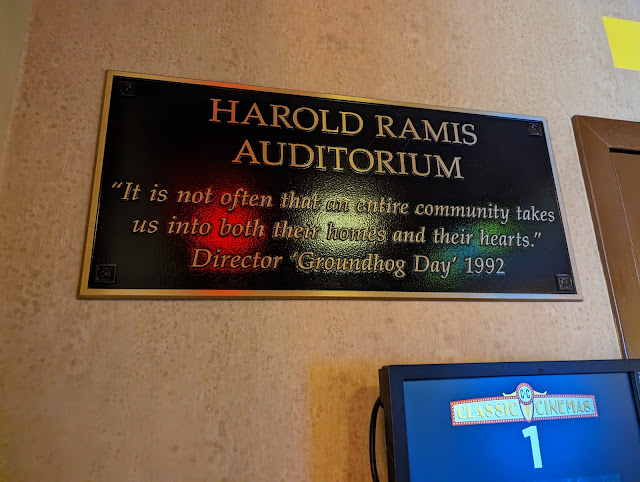 And, here below, is a handprint (set) from Ramis, too: 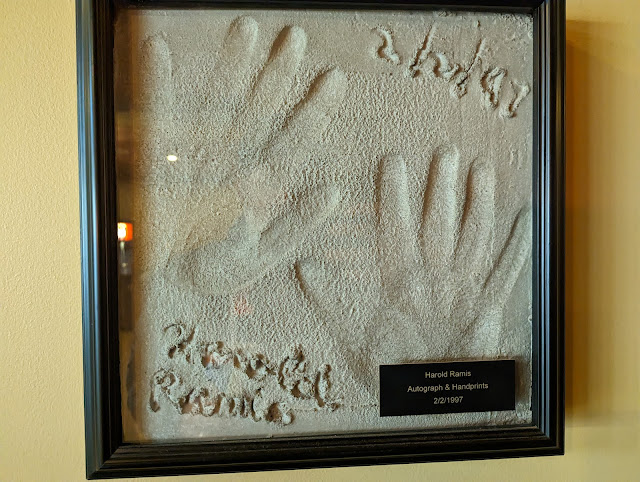 Turns out, the dedication of the theater occurred back in 2015 - about a year after Ramis' death.