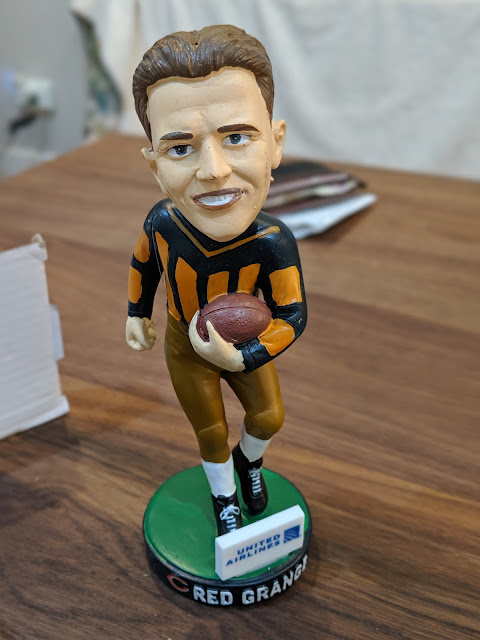 Thanks to our good friends who have Chicago Bears season tickets, I'm now the proud owner of this Red Grange - the Galloping Ghost - Bobblehead courtesy of United Airlines.  This is the first in what the Bears are billing as a season-long program of bobbleheads that will be released at every one of their 10 home games.


Some of them are way more attractive (to me) than others.  Of course, the top on the list - Red Grange - is the one that I'm most interested in (not just saying that because that's the one I am in possession of right now!).  But, Da Coach Ditka one is awesome, too.  Those would rank highest.  The dual Gayle Sayers/Dick Butkus one is weird to me.  I mean...why not put Urlacher and Hester on one?  And give Sayers and Butkus their own?

The box that the Red Grange Bobblehead came in features a photo of the Galloping Ghost with his #77 jersey. 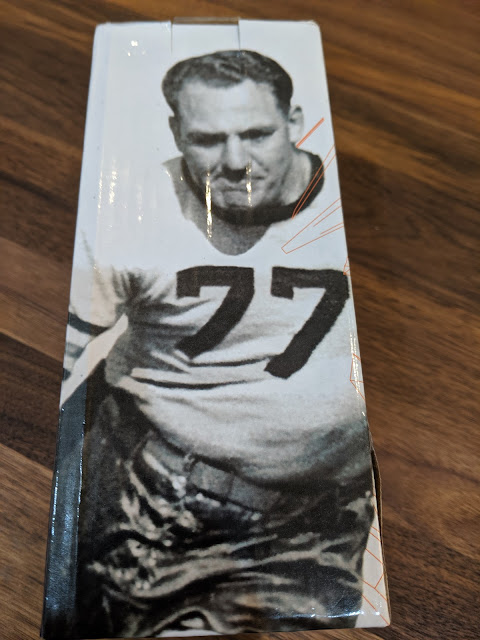 The photo wraps around the side where you see his name: Harold "Red" Grange and him clutching the football. 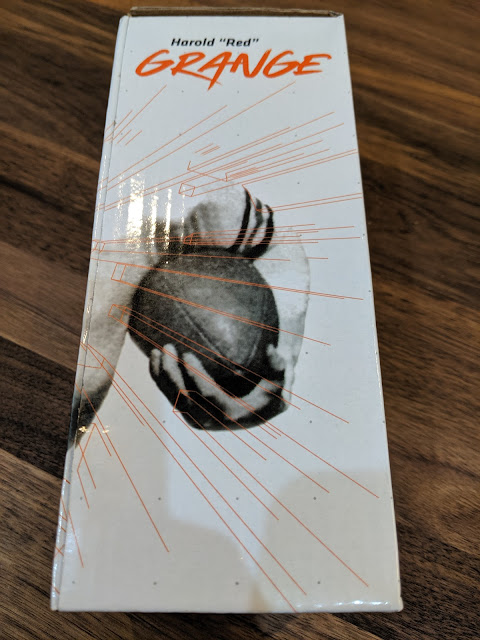 And a photo of the figure - with the Chicago Bears 100 years logo. 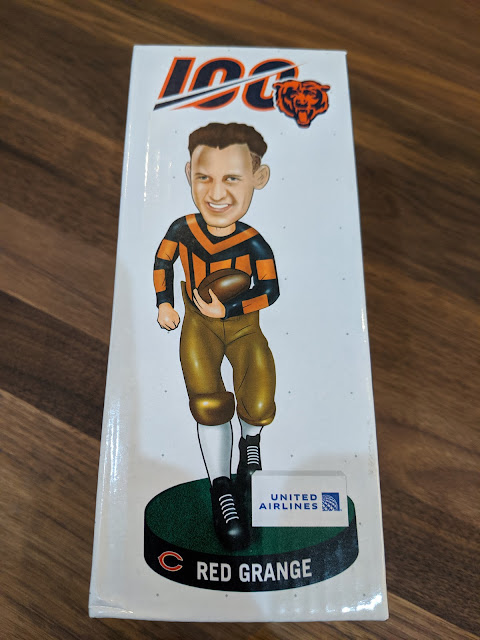 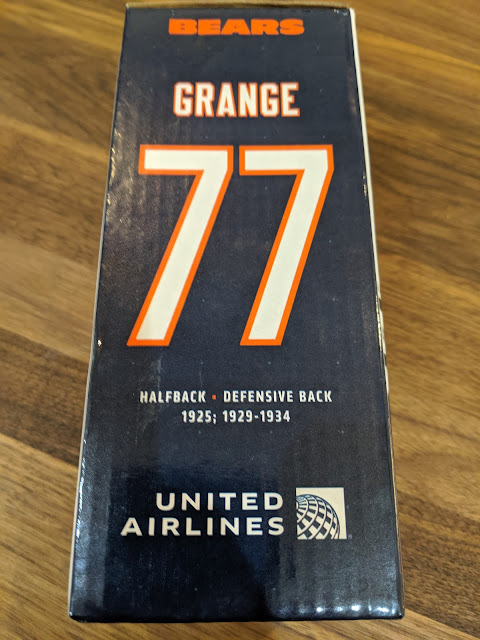 This isn't the first little statue of Red Grange that I've posted about on the blog.

In 2016, I posted about how I came across this Red Grange Memorial Stadium Statue replica.   Here's the full listing of [Red Grange] posts.    And this is the second sports bobblehead that I have on hand:  the first being the Chicago White Sox Stormtrooper one from a few years back.