Aloha Duffy From Aulani Disney Pin - On Our Board 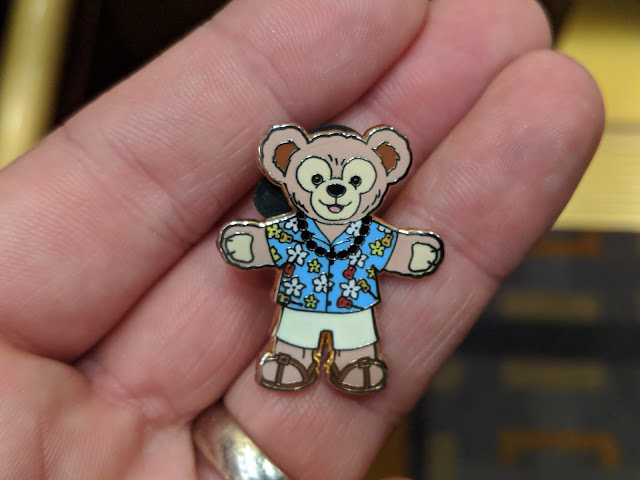 One of the kids bought this Duffy pin during our stay at Aulani from earlier this year, but I just found it amongst their toys randomly.  But, I should have known that there was a third pin because I only documented two Aulani-related pins from our trip:  the O'lu turtle pin and this "Happy Holidays" Aulani pin featuring both Duffy and Shellie Mae.

This "Aloha Duffy" with his Hawaiian shirt and luau necklace is going right on our pin board (here's the first one and here's the second one) in the garage alongside the rest of the pins we've collected.

With my travels to Tokyo Disney, I've been able to bring home a few other Duffy and Friends-related things for the kids and they seem to love him.  Despite being pulled out of the American parks in all things but for the "Good Night Show" that they play at the resorts.  Oh, you haven't had your kids watch it?  Mine love it and this version on YouTube means we can even watch it at home.