Wilt Pruf To Protect Conifers And Rhododrends Before Winter (Zone 5b) 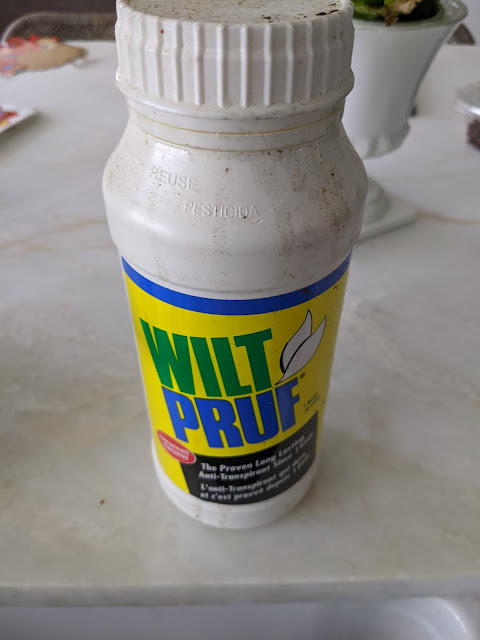 This is the second year that I've applied Wilt Pruf to some of our most delicate plants to prepare them for Winter.  Last year, I posted photos showing off how I applied Wilt Pruf to just one of our Rhododendrons as an experiment and it turned out that one that didn't get any Wilt Pruf seemed better than the one that has an application.  But, that could be for a variety of reasons - and perhaps the Wilt Pruf helped keep the one that was a little behind healthy during the tough Winter.

I also applied Wilt Pruf to the small Weeping Cedar tree last Fall, but it didn't survive, so this is clearly not bulletproof.

So...what is Wilt Pruf?  And why would you apply it to your plants before Winter?

From this product listing:


Wilt-Pruf is a natural, pine oil emulsion that is organic, non-hazardous and biodegradable. Simply, spray it on to form a transparent and flexible, protective coating that will keep plant foliage and stems from drying out through extended periods of bitter cold, dryness or harsh winds.

I bought a Wilt Pruf specific garden sprayer from the hardware store and marked up the sprayer so I remember to use it just for this application - and not concrete sealer or weed killer.   It is a 1:5 Wilt Pruf: Water ratio.   I made a small batch for the backyard and just the boxwoods in the front. 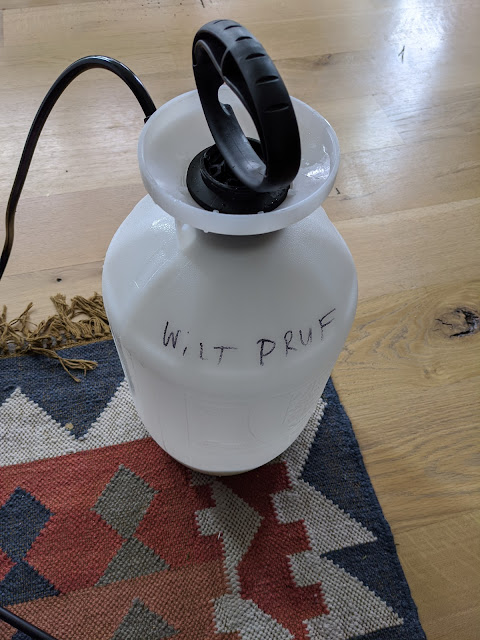 And then I drenched the plants in the stuff.  Here - below - is the Rhododendron on the left (as you face the house) of the stoop out back.

Here's another (still) image of that shrub: 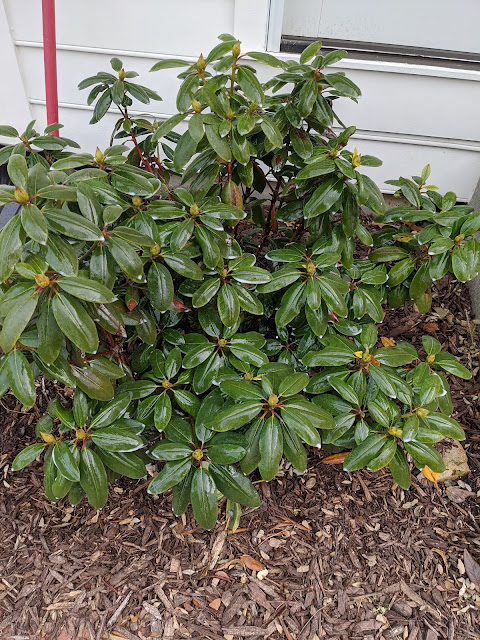 I applied to the boxwoods in the back, the boxwoods in the front, the Weeping White Spruce (which...is showing some brown...., and as many of the Upright Yews that I could get to before running out of the product.  Here's the Weeping White Spruce showing some of the product on the needles and some of the lower brown (in the back). 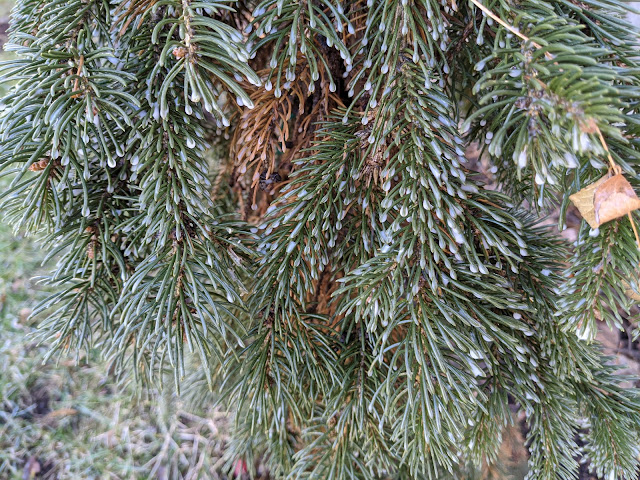 We also used the stuff on our garland that Nat hangs on the front porch.

I'll try to capture some photos of the Boxwoods and the Yews (the ones that have Wilt Pruf and the ones that don't) and post here before snow falls.
boxwoods conifers garden diary needles rhododendron sprayer weeping white spruce Wilt Pruf Wilt-Pruf winter
Location: Downers Grove, IL, USA