Our backyard is mostly shade.  And, because of that, I'm a shade gardener and have been focused on adding shade plants to our yard over the past couple of years.  But, I haven't strayed too far from Hostas and Ferns.  I recently came this list of Shade plants that includes foliage and flowering sub-lists that I've been reading to get acquainted with some new ideas.

We also spent some time over the past few weeks at the Morton Arboretum walking the paths and looking at some of the gardens.  In particular, we spent an overcast morning puttering around the Fragrance Garden seeking inspiration based on seeing what they have planted in some of the shady spots.   Here's a few shots that include a mix of shade-tolerant perennials and annuals below.  This is where that list from Garden Design linked above comes in handy - for identification.  First up, a mix of some All Gold Hakonechloa macra grasses planted with (what I think are) Hypoestes (polka dot plant) and some begonias that are similar to what I planted out front this season.  One of the things that I can try next season is mixing polka dot plants with begonias in a shady bed. 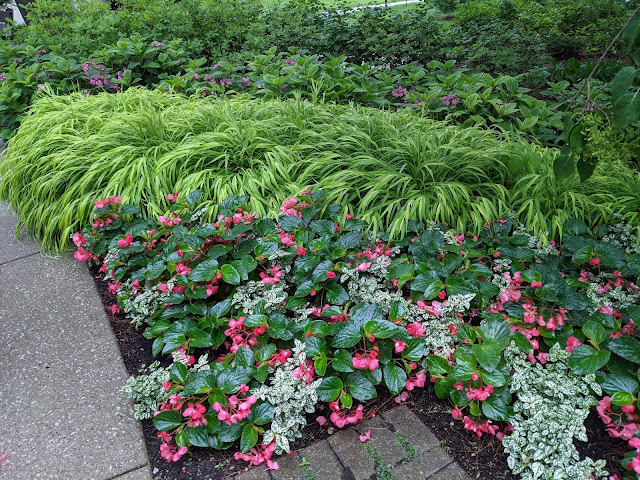 Here's a few more photos below showing off some of the plants near the Fragrance Garden at the Morton Arboretum.  First is another mix of the All Gold Japanese Forest Grasses and Tuff Stuff Hydrangeas.  I have a Tuff Stuff hydrangea, but it has NEVER flowered since being planted in the Fall of 2017. 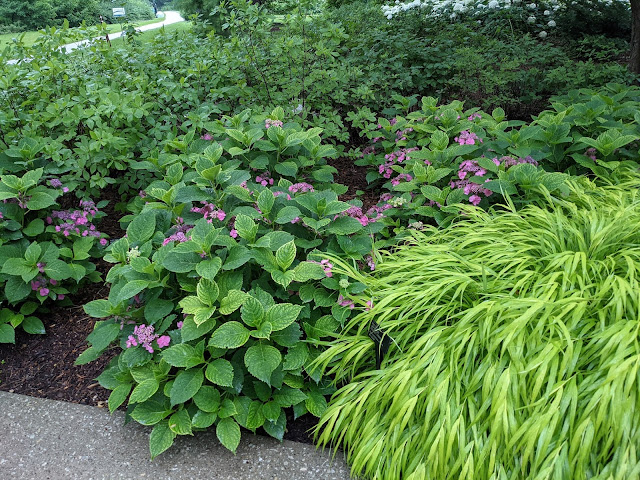 Below, you can see the tag for the Tuff Stuff Mountain Hydrangea.  Hydrangea serrata 'MAK20'. 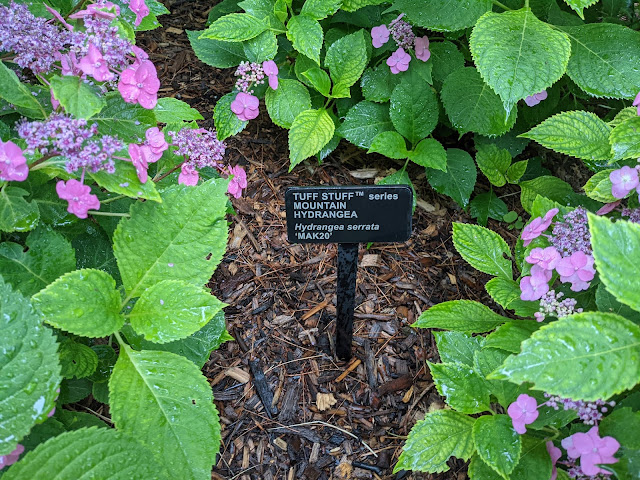 This is something that I'm going to keep on my list of 'dreaming' plants and on my list of 'should buys' in the future.
Next up is Mystic Harbor Large Fothergilla.  Fothergilla major KLMG.   This whole species is new to me.  Will want to get smart on it this off-season. 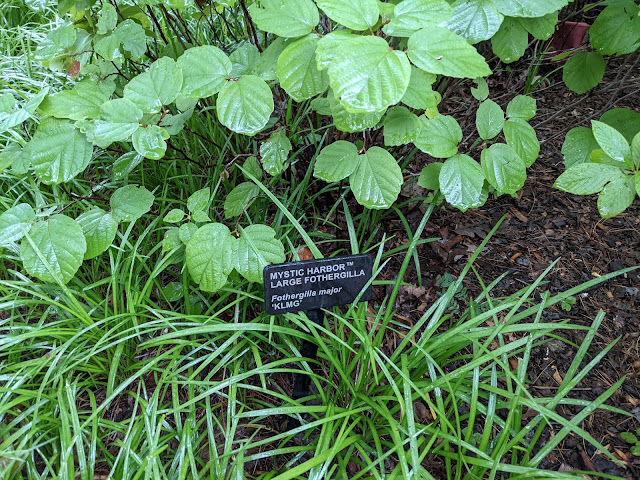 Below is the tag they have for their Hakonechloa macra 'All Gold' Japanese Forest Grass.  They have a really lovely, well-established drift or ribbon of these running through the garden. 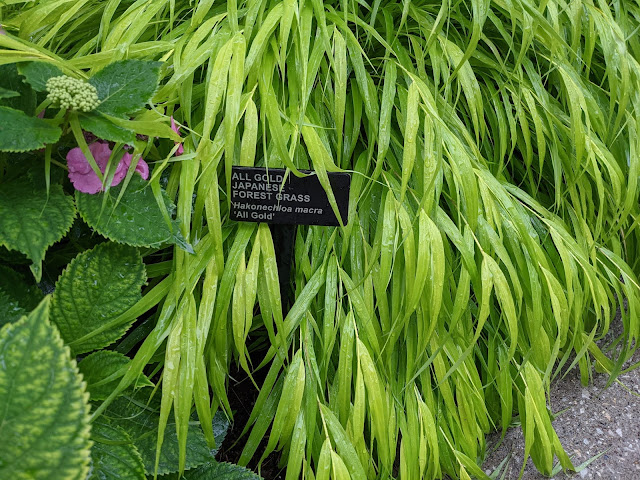 And, finally, below is something called Lizard's Tail - which is a native that has these cool white flower blooms on the ends that curl up like a...umm...tail of a lizard. 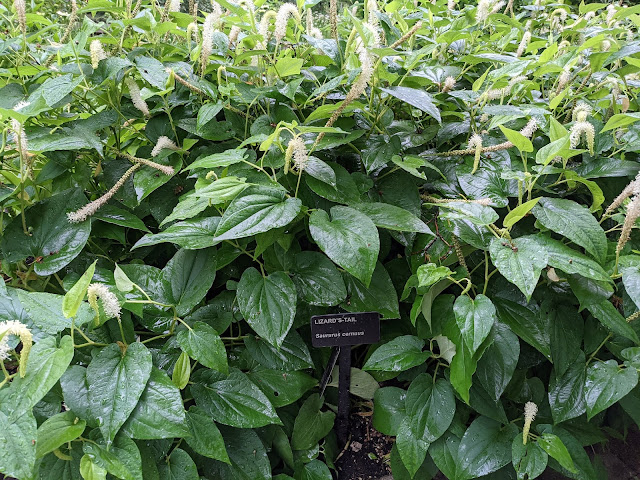 I could see any of these mixing in with our already planted Toad Lilies.  Or Barrenwort - we have an emerging colony/drift of Amber Queen.

But, what else is on that list that has appeal (to me) right now that is (mostly new to me, too)?  Let's run through some of them:

1. Deadnettle. Deadnettle (Lamium).  A flowering groundcover.  What's not to like?
2. Foamflower (Tiarella).  Kind of looks like Astilbe.
3.  Lungwort.  I have a few of these - Twinkle Toes - already.
4.  Foxglove.  This one is interesting, since I see it at the big box nurseries, but it seems that they are often-times biennial - flowering every two years. Have to learn more about these before buying. But, they sure are striking flowers for a shade plant.
5. Bleeding Heart. (Lamprocapnos syn. Dicentra spectabilis). These are Spring ephemerals. Kinda interesting and serve a purpose. I can see them being planted amongst hostas.
2022 to-do list all gold japanese forest grasses annuals garden design garden inspiration Morton Arboretum new to me plant dreaming shade gardening shade gardens tuff stuff
Location: The Morton Arboretum, 4100 IL-53, Lisle, IL 60532, USA