About ten days ago, I posted some photos and details about a new pair of Crabapple trees that I planted right alongside our house on the south side that I'm planning on training into an espalier.  In that post, I talked about how the only thing over there were the three Disneyland Roses.  But, I don't think I did the three Floribunda roses (the *only* roses we have) justice.  Because they're STILL looking really great and throwing off some beautiful, multi-hue'd blooms: 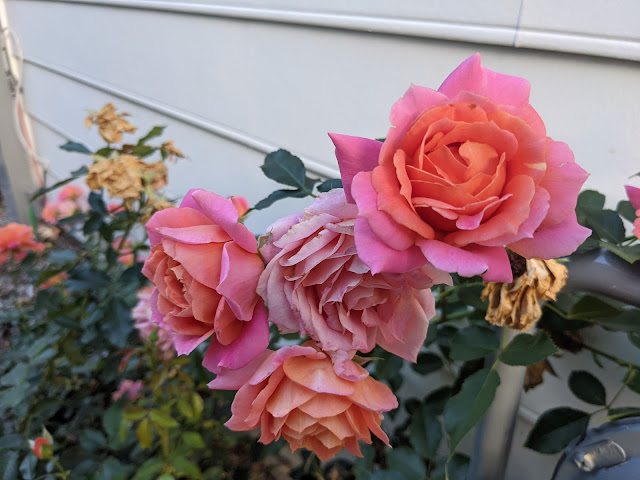 These roses started blooming in early Summer - photo from June 10th - and have gone through at least three cycles of flowers.  I haven't watched these that closely over the years, but have shown similar late Summer/early Fall blooms last year in late August.  And, by mid-October last year, they still had flowers on them, but were beginning to fade.
There are two that have been here since 2018 and one that I transplanted this Spring.  Below, is the one closet to the front of the house.  This one has ALWAYS been smaller than the other one that started here.  And that still remains today. 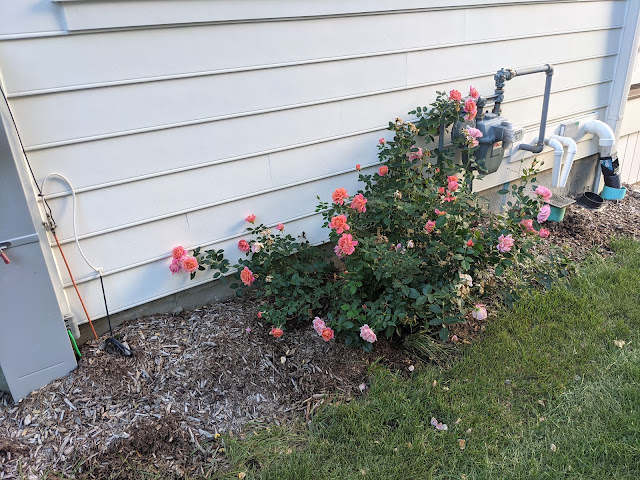 Below, you can see the other two.  On the far right is the smallest one, which is the one that was transplanted this Spring.  All of them put on some good growth this year, but the one in the photo below on the right is getting very large.  This was the first year that I feed them with any regularity - and it paid off.  Speaking of which....this is something I'm going to put on my 2022 to-do list:  Establish and keep a shrub and flower feeding schedule. 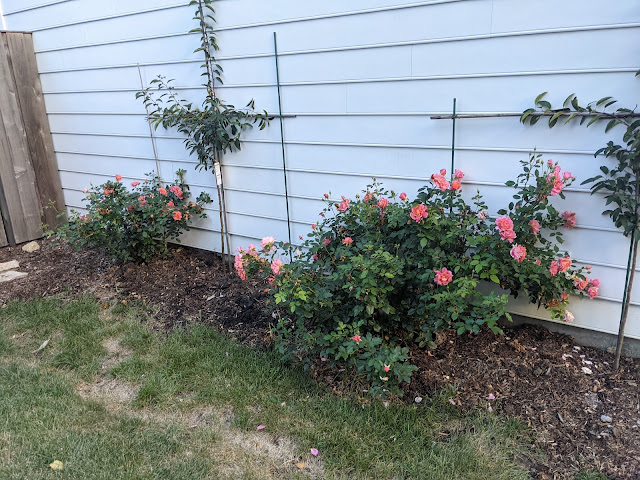 Fall is a great time to plant roses in our growing zone (USDA Zone 5b - the Western Suburbs of Northern Illinois), so I went to look to see if Jackson and Perkins had any of these Disneyland Roses in stock.  I was thinking of putting another one in closer to the front porch.  But, probably like a lot of nurseries this late in the game...they're sold out for the season.  My dream of another Disneyland Rose will have to wait until next Fall.  Guess I should get on the 'reminder list' for when they come back in stock.  Also...putting this on my 2022 plant wish list.

I also need to remind myself that insulating these against the elements last year worked.  So, I'll do that again before the Winter arrives.