Posted by Jake Parrillo on September 06, 2021
Right at the end of August, I shared a photo of some of the bare root hostas - Bressingham Blue hostas - that I planted this year in a new bed.  Seven of the eight made it and have emerged this year.  Right around the same time, I planted nine Frances Williams hostas in a different (new) bed.  Frances Williams are variegated and have a yellow margin - so I put the bare root plantings in the bed with my other variegated hostas.  I planted these before anything else emerged.  And, I'll say that *these* were VERY.SLOW to emerge from the ground.  Here's the place they went in the ground in April.  So, how are we looking on those nine plants now?
Here, below, is a look at the plantings from two different angles: 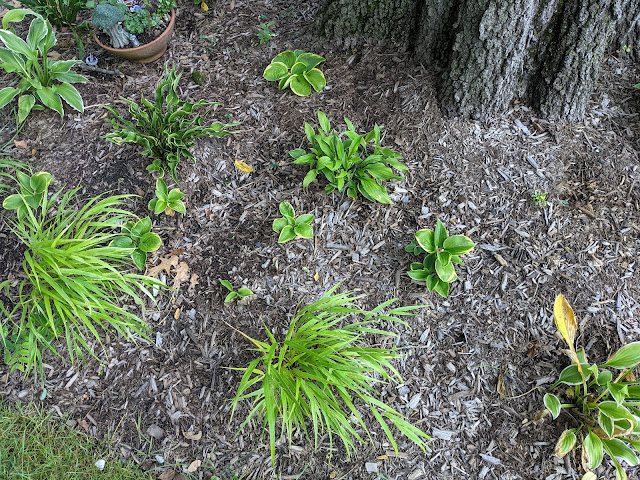 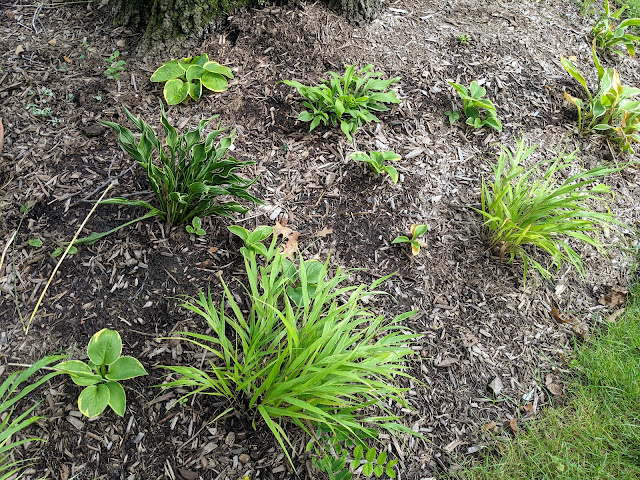 And, here, below, is an annotated version of one of the photos showing - by my count- eight of the nine have worked out. 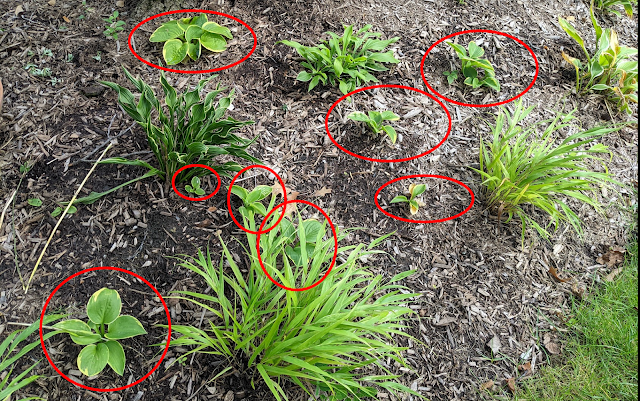 Now...it MIGHT be nine for nine.   And that's because the plant in the circle farthest to the top/right has what is actually three little hostas emerging.  I don't remember if I stuck more than one root set in the same hole?
A few things to note on placement.  First....there are three additional Japanese Forest Grasses planted in this border that I don't seem to have posted about.  They're NOT the All Gold cultivar, but instead the more traditional variety.  And...these were bought up at Northwind Perennial Farm in Wisconsin.  Below, you can see the sign for their Hakonechloa Macra Hakone Grass.  These were billed as being more vigorous than the All Gold sport. 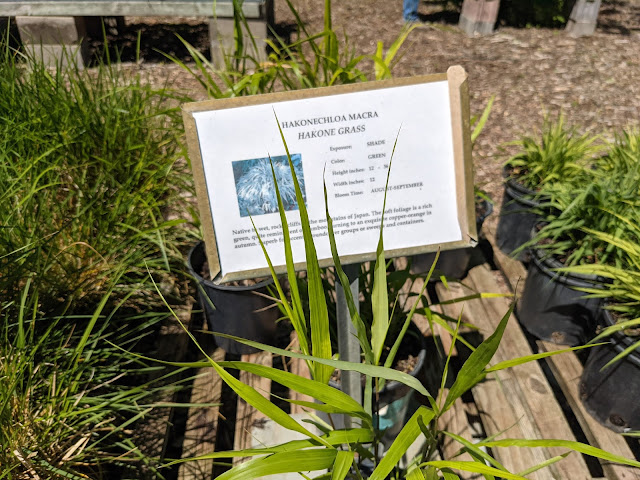 And...second...if you look in the photos, you'll see the pair of Praying Hands hostas.  I bought one last Fall and planted it in the north bed.  Bought a second one this year.  And, ended up transplanting last year's one into this border around the tree swing.  I don't seem to have posted photos of that planting, either.  But...here, below is one of them in the container. 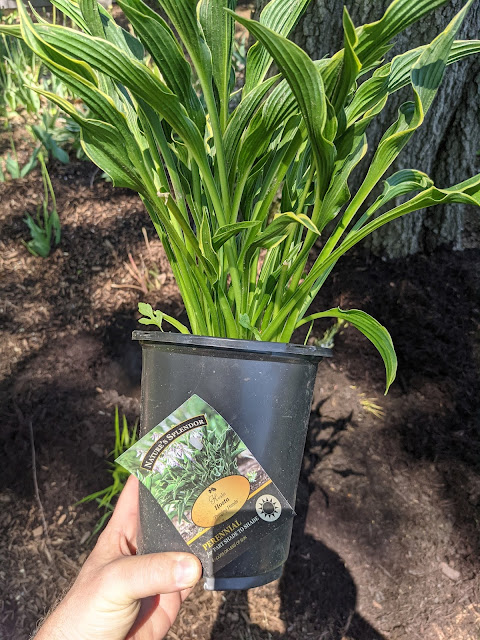 The location of the Frances Williams hostas  - now coupled with the emergence of some of the other plants that I transplanted last year, this year - lead me to think that I'm going to have to move some stuff around next Spring.  I mentioned above that the Frances Williams hostas were SUPER SLOW to emerge - and that's true.  That lead me to planting the three grasses in a location that I might have adjusted if I had confidence the bare root hostas were going to come along.  They're also a little too close together in some spots - so I'll watch them next Spring and see if it makes sense to move them around.
backyard bare root costco plants Frances Williams Hostas garden diary hakonechloa macra hakone grass hosta diary Hostas japanese forest grasses Japanese Gardening transplanting tree swing
Location: Downers Grove, IL, USA