Over the years, I've made a small little catalog of Disney Parks Maps from various visits here on the blog.  I'm drawn to various forms of Disney Parks ephemera and have posted some photos online here, mostly so I can remember them and...throw out the actual map.  Here's the tag of all the Parks Maps posts.   And, here's another collection of posts all showing various Disney Parks ephemera.  The last time I shared a Disney Parks map was from 2019 when we went to the opening season of Star Wars Galaxy Edge in Disneyland Park.

Below, is the latest parks map showing the 50th Anniversary of the Magic Kingdom showing Cinderella's Castle on the front. 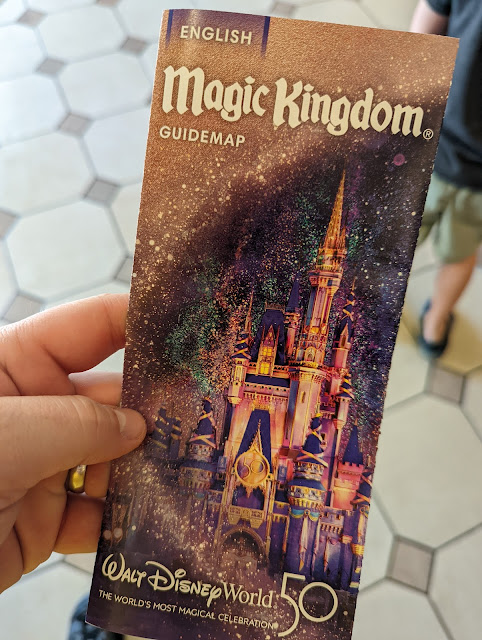 Below is an inside look that shows the 'Now Programming' for the Tron ride in Tomorrowland. 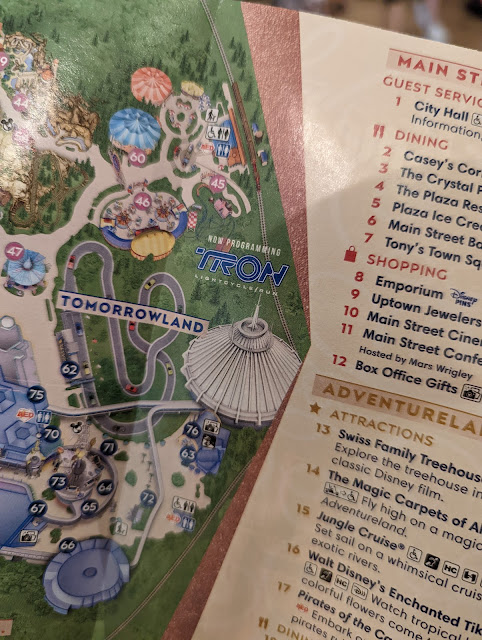 Below is one of the inside spreads featuring the details of "The World's Most Magical Celebration" for the 50th anniversary of Walt Disney World and the Magic Kingdom. 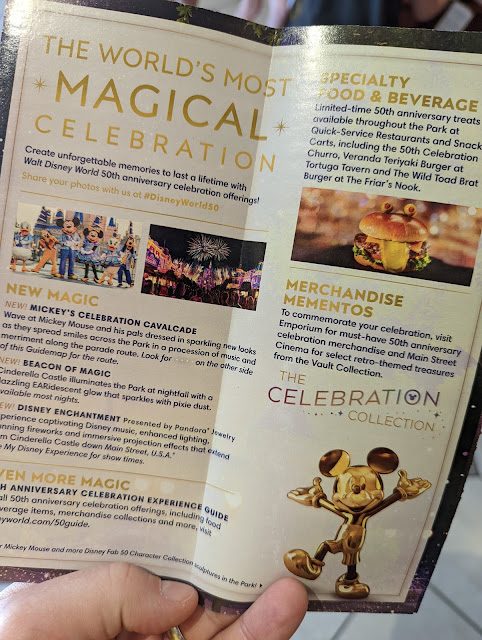