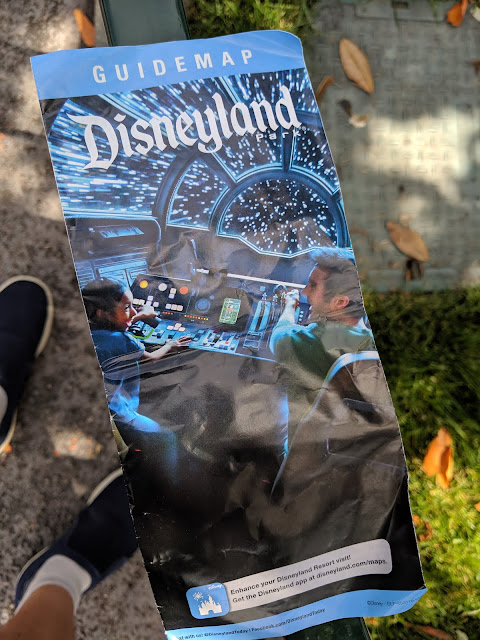 Documenting this here on the blog as part of my Disney Parks ephemera collection.  This is the Disneyland Park Map from July 2019 when they opened Star Wars: Galaxy's Edge and features a couple of people piloting the Millenium Falcon.