Welp, I did it:  I pulled the trigger and bought some Green Giant Arborvitae - Thuja standishii x plicata and brought them home.  I mentioned these a few times in the past month or so - including how I found these at one of the local Big Box nurseries near me - and how there were a few sizes (large and smaller).   In my summary list, I ended up thinking that I need nine upright evergreens - a combination of Thujas and Yews - with the first three of those nine going into the "Lilac Replacement" project.

I wanted to buy six right away - before they sell out - so I opted for the smaller (less expensive ones).  But, they're NOT *that* small -about four feet tall.  I put the nursery containers out in that "Lilac replacement" area and you can see them in the photo below: 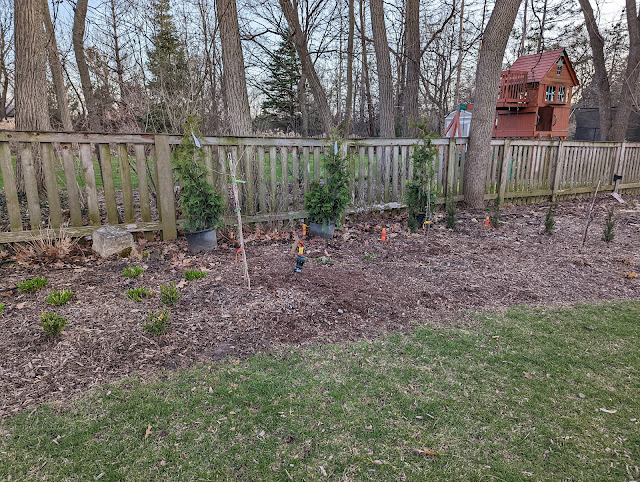 That's the approximate space that I'm intending to plant them.  First thing, though....dig up and transplant the four lilacs that are in that spot along the fence.   Also, a few of the Hicks Yews have to go and the lungwort needs to move out to the edge of the bed.  That would leave room for the two to three Tardiva Hydrangea that are called for in this spot.

As a reminder, here's another look at the Tardiva Hydrangea listing from Hinsdale Nursery below: 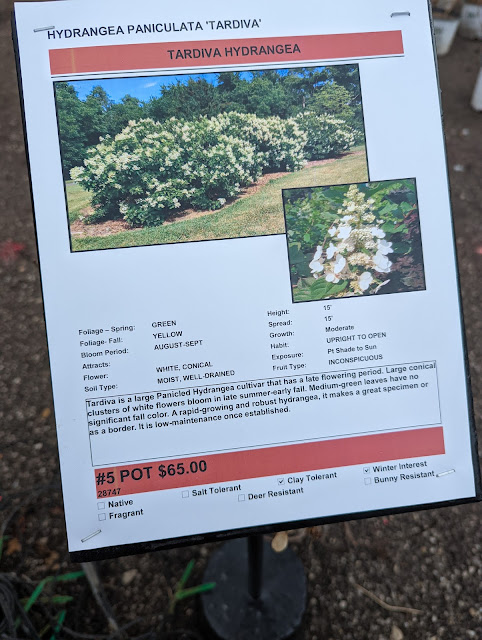 Below is also a wider shot showing where the 'other three' upright evergreens would go - to the 'right' of that Walnut tree that is in our fence.   I'm now thinking that I should get THESE planted this year, too.  Maybe larger upright Yews is the answer here. 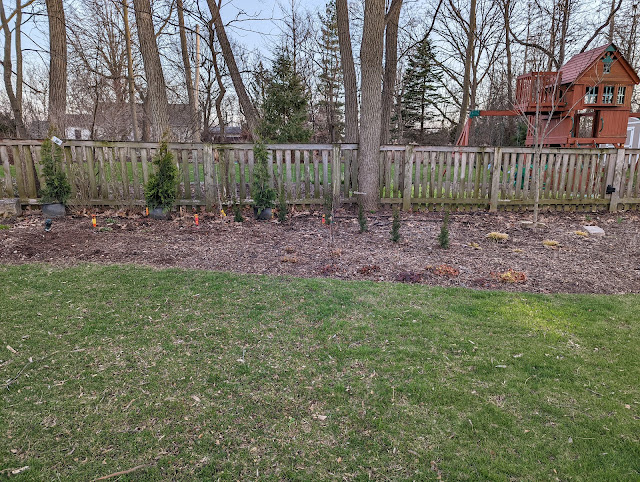 I also think I need to tend to planting the other three Thujas first - along the fence on the northside behind the London Plane tree FIRST.  That way, I can transplant the Lilacs into their spots directly.   The question remains:  do I need to take down the scrub shrub there, or can I just plant these *around* it and remove it later.  I'm hesitant to take ANYTHING down that provides foliage and privacy.