In what feels like a totally different gardening season - but was just late April - I planted nine Frances Williams bare root hostas in our yard.  They were part of a bundle of bare root perennials that Nat picked up from Costco that included some Bressingham Blue Hostas and some purple Astilbes.  I'm posting this in early July, but the photos from this post are from mid-June (hence the blog post title being June 2021).

In terms of success, I saw (and posted about) many of the Bressingham Blue hostas that came up (not total 100% success) and how most of the Gloria Purpurea Astilbes not only emerged from the ground, but also flowered in June.

But, up until the middle of June, all but ONE of the Frances Williams hostas were nowhere to be seen.  Close to the trunk of the Northern Red Oak (tree swing), I had one of these variegated hostas emerge and put out a nice little package of foliage.  Here's what that first one looks like: 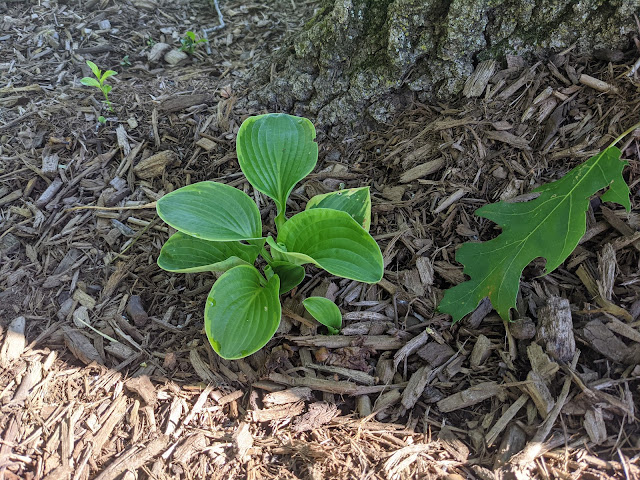 But, when I took a closer look, I see a bunch more of these hostas showing their TINY new leaves showing up on top of the mulch in the area where I planted these bare root plants.

I thought - for a second - that these might be weeds.  But, upon inspection, the leaves are curved, rounded-tips and have the light-green variegation around the edge.  They're certainly Frances Williams hostas.  Just tiny ones.  See some of them below.  By my count, I see the one above (larger) and four of these tiny ones.  Five of nine (so far). 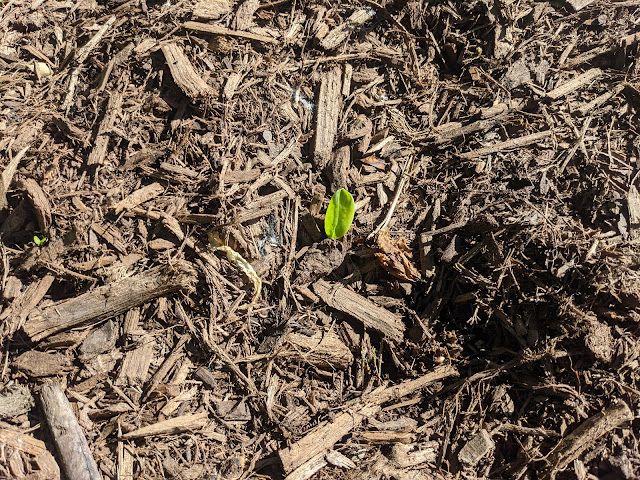 In the photo below, you can see one of these coming up close to the (newly transplanted) Praying Hands hosta. 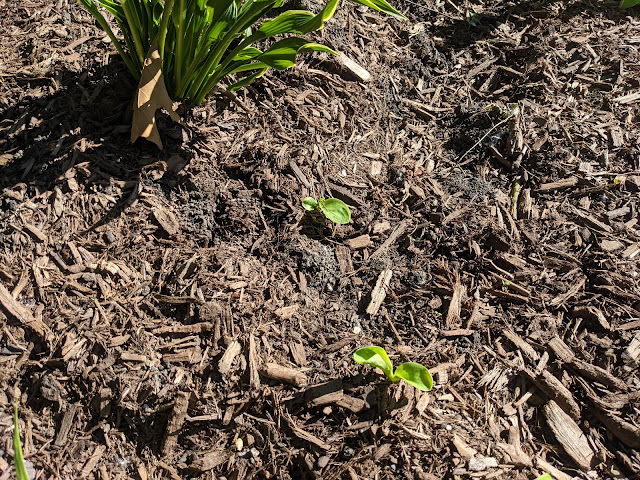 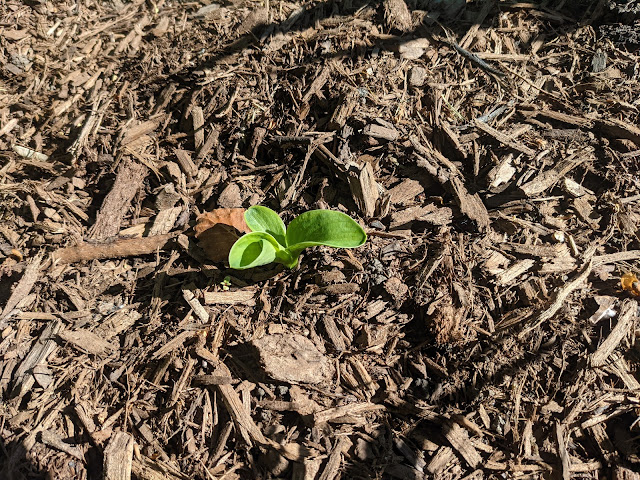