I have an idea for a garden-related project that has been knocking around my head for a number of years.  Well...there are tons of those kind of projects, frankly.  But, for this post, I'm talking about one of them specifically.  This one...involves trees.  And...I haven't moved on it - for a variety of reasons including shifting priorities, lack of need, the right nursery stock and the opportunity.

It starts with this post about Hollywood Junipers in 2018 where I posted a photo of a tree in a wooden box for a container.  And, was likely rekindled during one of my trips to Tokyo where I saw all sorts of container'd conifers.  Like this one from House of Bonsai below:

And, even more recently, I came across a couple of striking conifer trees by the bus stops down at Disney Springs.  They were relatively new (newly planted) and still had their tags on them.

Here's a shot of them below: 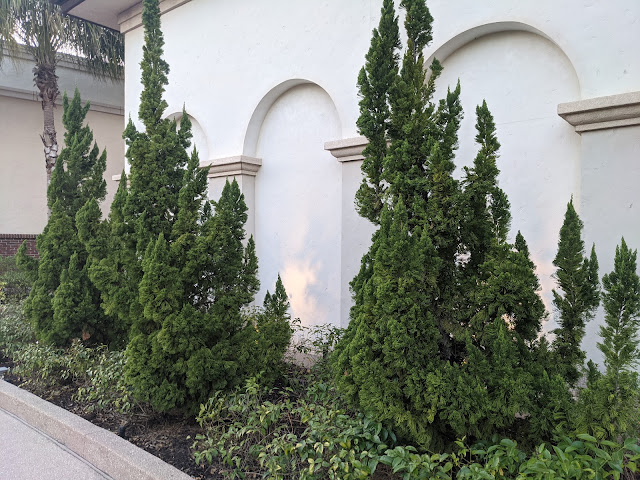 And, below, is a look at the tag revealing they are something known as a Torulosa Juniper. 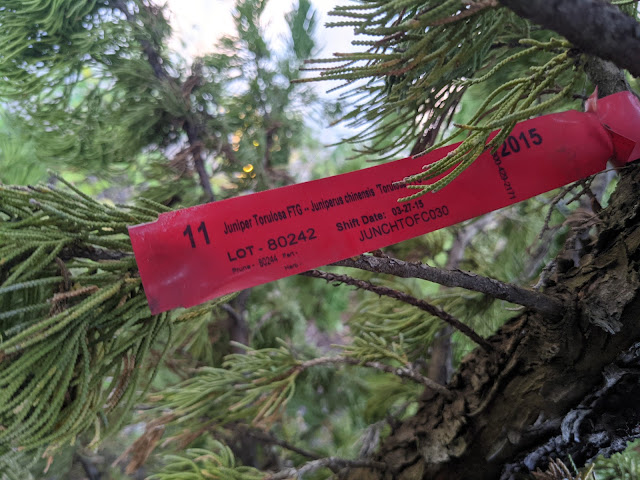 The University of Florida Horticulture Department has a document up about this sport and describes it thusly:

Torulosa Juniper grows into a narrow cone shape when young, then opens up as the plant ages (Fig. 1). Although the main body of its foliage is as thick as if it had been sheared, delicately twisted, upright branches emerge gracefully all around the plant, in almost a flame-like manner. It may grow to 15 feet tall in 15 years, perhaps leaning to one side in a picturesque manner. Do not expect a row of them to provide a uniform shape since crown form varies.

That's kinda interesting, right?  They aren't for a hedge, but they'll all be different.    Then, have a look at the needles (below) and they get even more unique: 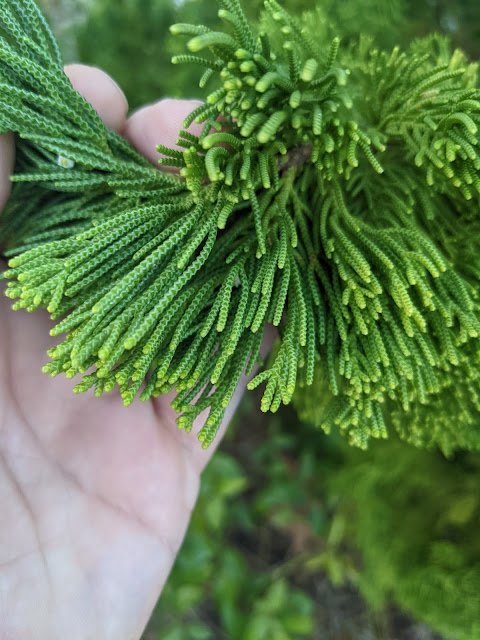 That document from UofF also includes these three facts - highlighted by the red arrows below: 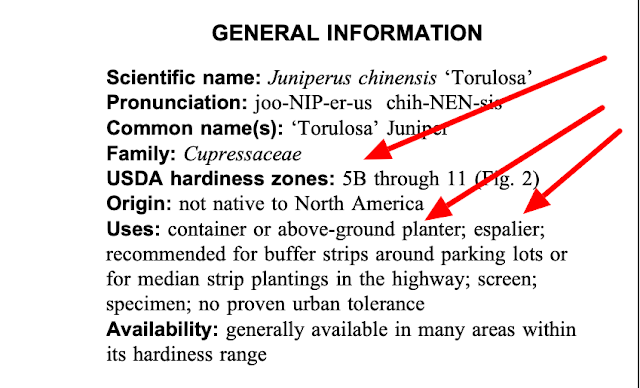 What's that?
Down to Zone 5b?
Suitable for containers?
Oh...and it is a good espalier option?

I mean...what's not to love about all of those things, right?  Turns out, the Torulosa Juniper *is* the Hollywood Juniper.  Monrovia's listing leads with the Hollywood name here:

Here, below, are a few more of these Hollywood Junipers down at Disney Springs: 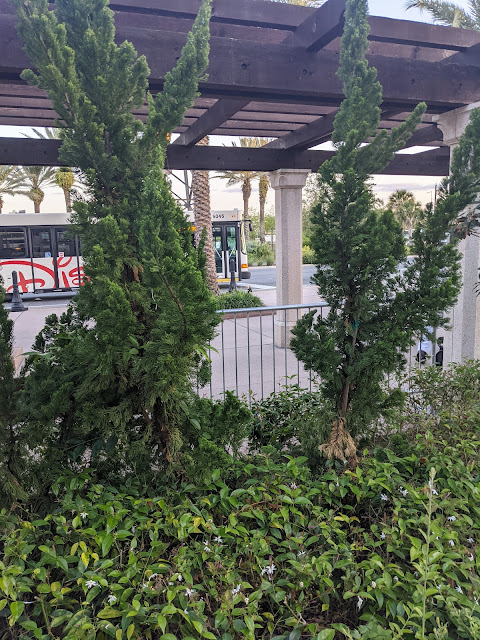 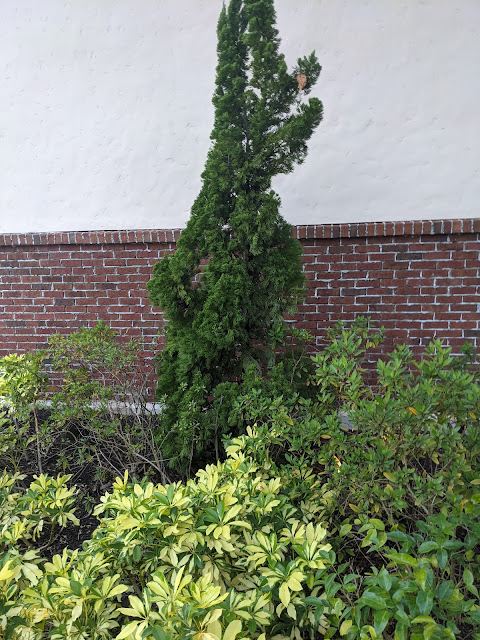 As it relates to Hollywood Junipers, I don't think I've come across them in the nursery.  I *have*, however both "dreamed" and actually saw in stock at Home Depot something similar - a narrow cypress named the Slender Hinoki Cypress.  Here's the tag of one they had locally: 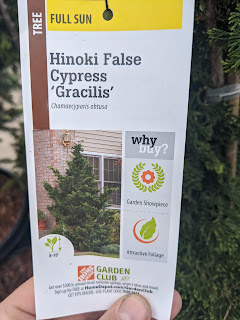 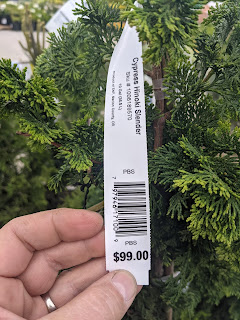 So...trees are/could be available.  Don't love the price, but perhaps they'll be on sale at some point.  But, what about the box?  Look back up at the box at the top - shows a tapered box with what seems like bands around it.  I found these plans for a Christmas Tree box that - I think - could be modified for use outdoors and with an open top.  Or, more directly on the nose might be these plans for tapered boxes as they include a variety of sizes (below):
If you've read some of my blog before, you might remember that I've drawn quite a bit of inspiration from our visit(s) to Luxembourg Gardens in Paris - where we saw their use of Versailles planting boxes (orangerie boxes).  Back during the early days of COVID, I ended up ordering a bunch of lumber for the construction of box that I never put together.  Maybe....we're more Versailles boxes than we are tapered Japanese-inspired boxes?  Would a Versailles planter work with a conifer like the Slender Hinoki Cypress?
Or, is this not an 'or' thing.  But, an 'and' thing?  Just a matter of where to put each of them, right?  Patio?  Firepit area?  Maybe they both can live together in the garden.
backyard dreaming bonsai conifer trees conifers containers disney disney springs diy projects garden diary garden dreaming japanese-inspired garden Luxembourg Gardens
Location: 1486 Buena Vista Dr, Lake Buena Vista, FL 32830, USA