Posted by Jake Parrillo on August 07, 2022
A few days ago, I posted a photo of our lone Christmas Tree hosta in our backyard and talked about how it appeared ready for division.  I thought that - like last year - I could do a roundup of some other potential hosta division candidates.  I've had the most success in dividing hostas (or...frankly...anything) when I do it in the Fall.  I'm talking late September/early October.
Last Summer (end of August), I compiled a list of eight-or-so candidates.  I'm actually NOT sure which of those I actually moved on, but just a quick glance tells me there were a few that were dug up, divided and transplanted.
But, what about this year?  In addition to the Christmas Tree sport, here's a few ideas below.
First, the Bressingham Blue hostas next to our screened porch.  Here (below) are two views of them.  They're big and crowding out a painted fern.  At least two of these can be divided. 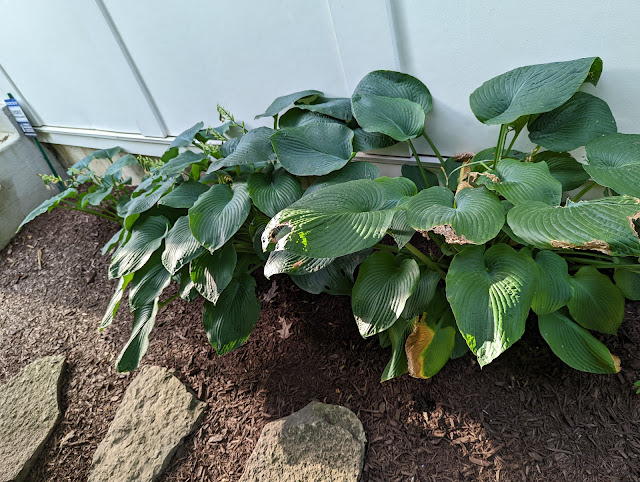 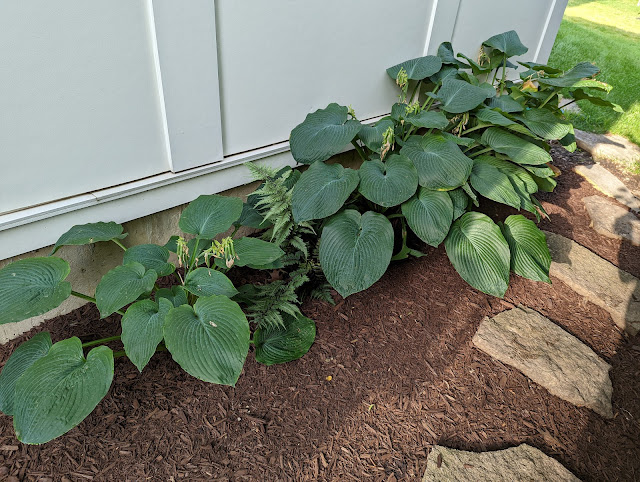 Further down that same path is this hosta (below).  This can be divided: 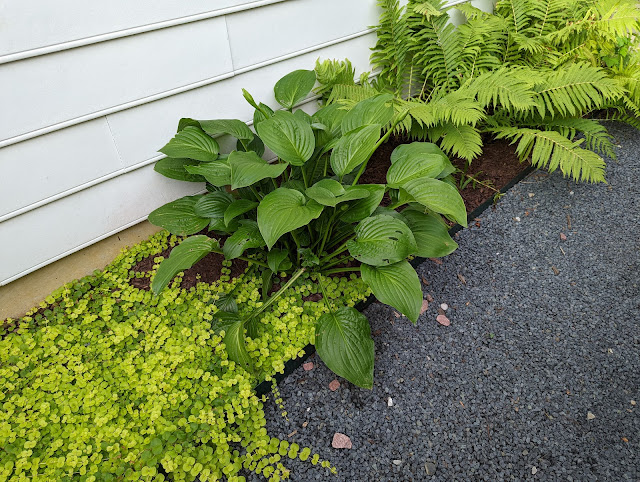 Some of the Guacamole and others in the woodland garden (below) can be split. 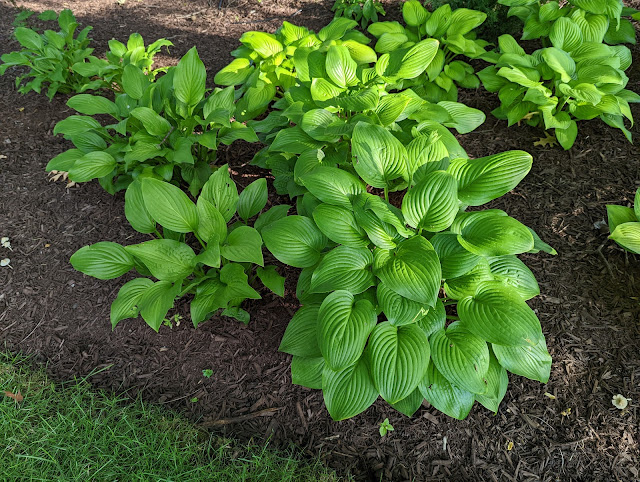 At the base of the Cascade Hops trellis are these two lime-green hostas.  Both can be divided - maybe even three ways. 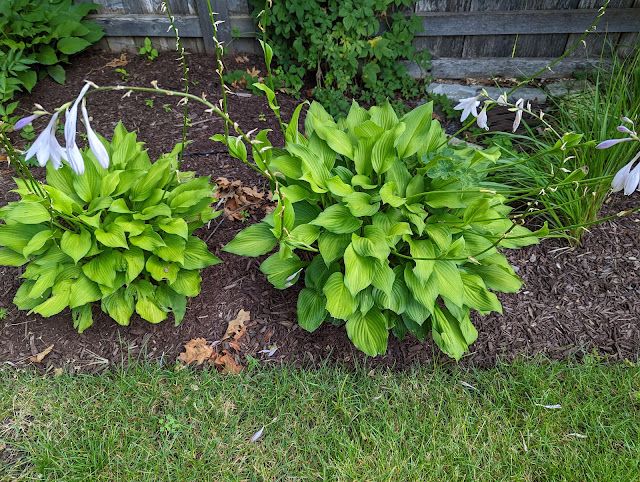 That is ten or so new plants.  Along with the few Frances Williams hostas that have to be relocated, we're looking at a dozen or so new locations.  Add in the sun-burned hostas, we are starting to talk real volume.
I'm thinking that means I need to do a 'hosta transplant location exploration' post in the coming days - to plan for their new homes.  Worst case, I suppose...I can divid them and stick the divisions all the way in the back as a sort of 'nursery'.  My preference would be to put them to work in the beds...so having a plan in place seems to be the right approach.
2022 to-do list bressingham blue hostas dividing plants Fall 2022 fall dividing Guacamole Hostas Hostas shade gardening transplanting
Location: Downers Grove, IL, USA