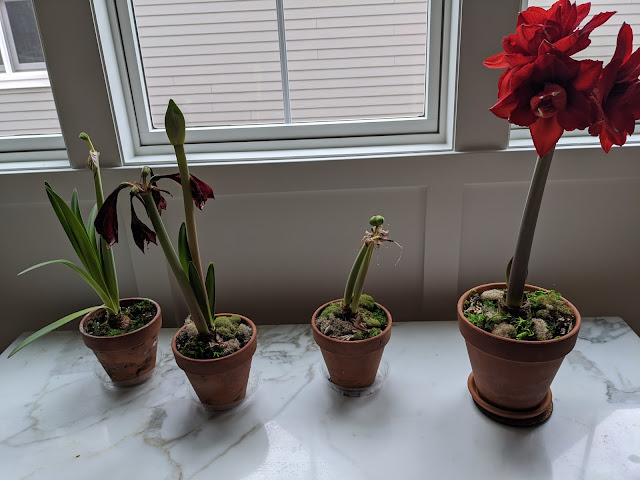 A couple of days ago, I shared some photos of the flowers of the 'double blooming' Cherry Nymph Amaryllis that I planted in November.  I only showed the flowers, but wanted to revisit (for record-keeping sake) all four of the bulbs for height and vitality in January.  The last time I posted photos of these flowers was on January 2nd.  You can see the photo of these same four flowers 2.5 weeks ago here.