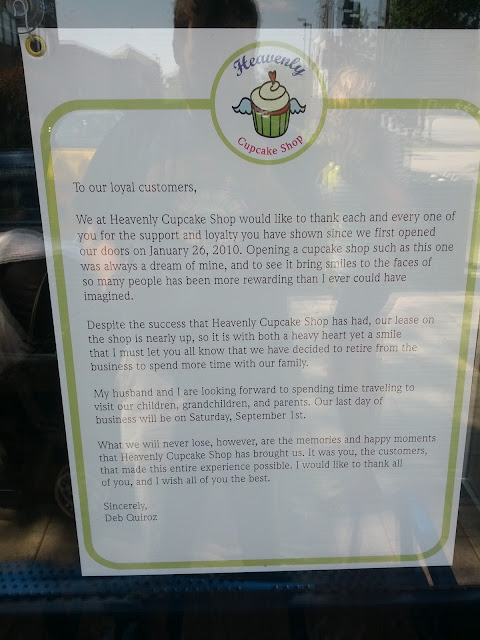 Yesterday, we walked past the Heavenly Cupcake Shop on York Street to see this letter posted in the front window.  Having opened in late January 2010, they're now closed.  For good.

That's the second bakery to close this month following the closure of our Elmhurst location of Bleeding Heart Bakery.

But....baked good fans....all is not lost!  As we noted last week, a new place called Courageous Bakery is opening on Park Avenue just across the tracks.  Based on a comment on that post, they're trying to get the place open within the next week and a half.
daily down elmhurst elmhurst city center Elmhurst City Centre real estate