Posted by Jake Parrillo on July 22, 2013
Word came this week that the City of Elmhurst City Council did something that I have never witnessed a governmental body do before: Aftering giving something more thought, they unanimously adopted a “minority report” version of a recommendation coming out of a committee over the initial “majority” view of the situation. 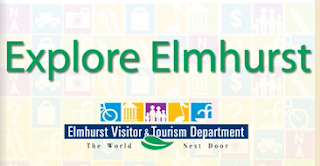 The details of what exactly happened can be found here on the Elmhurst Patch.

The important part is that Alderman Dannee Polomsky - my Alderman and neighbor - used this time to make a larger point about the City of Elmhurst taking some time to be deliberate and evaluate ALL of the marketing initiatives as a collective whole and work to optimize them.   For instance...The City of Elmhurst has a role (Part-time) on staff for something called "Visitor and Tourism" while at the same time, Finzall maintains the "Explore Elmhurst" page on Facebook.  (which is a nice page, btw.)  Polomsky thinks this is a good opportunity to examine everything including those potential overlaps.

It is important to note for Elmhurst residents that this is a GREAT example of having our government work for us. Dannee Polomsky chose the right moment and the right message and because of her work - on this minority report - we as residents are going to get a government that works more efficiently for all of us. Good for her. Good for the City Council who supported her and importantly, good for all of us taxpayers in Elmhurst.