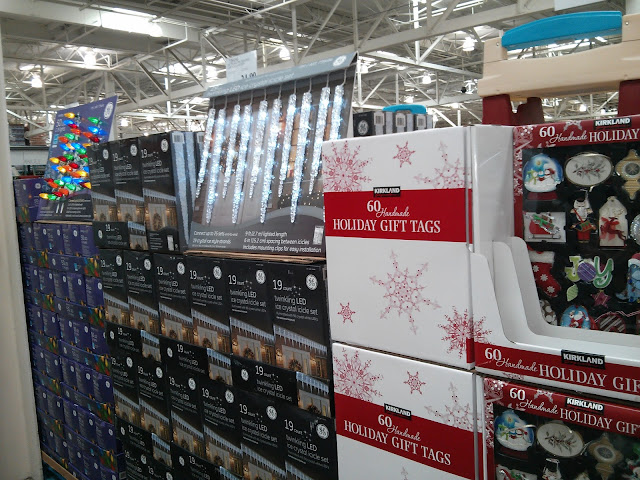 We were at Costco over the weekend and what did we find?  Christmas stuff was already out!

Last year, I documented Christmas Creep all the way to August 30th and in 2012, it wasn't until the first week of September that I spotted the Christmas decor making an appearance.

This year it was August 19th - almost two weeks ahead of schedule.

Like I've said in the past...I'm not a Scrooge, so I don't mind these things.  But....I *do* feel bad for Thanksgiving.  Halloween has hired the right PR firm the past few years and has started to keep up with Christmas in terms of 'stuff'.  Thanksgiving on the other hand?  Not so much.
christmas costco creep daily decor decorations