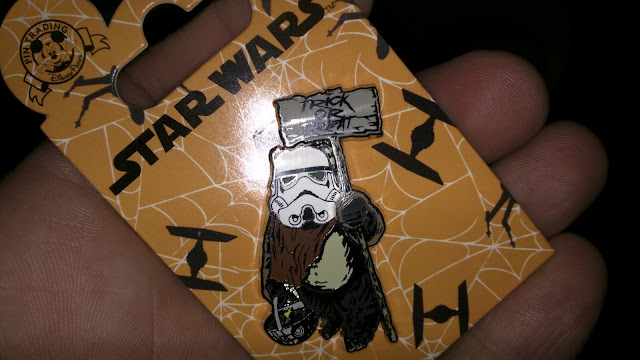 Check out these super cute Star Wars Halloween Disney Pins that are available in the Parks right up until Halloween (or until they sell out).  These were picked up in the Figment gift shop after the Figment ride in Epcot, but they can be found elsewhere in all the parks.

The top one is an Ewok holding a Trick or Treat sign, wearing a Storm Trooper helmet and carrying a candy bag that is shaped like half of a Death Star.

Down below you'll see two others.  There's a fourth, but it isn't shown here on this post.

First up in Chewbacca holding a rubber-textured Jack-lantern.  He looks a bit cranky!

Next up is Darth Vader reaching for some Halloween candy corn. 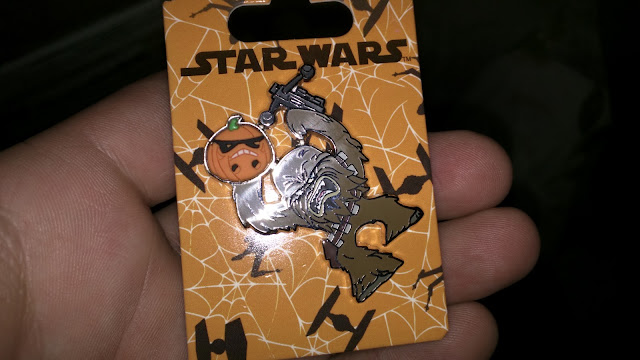 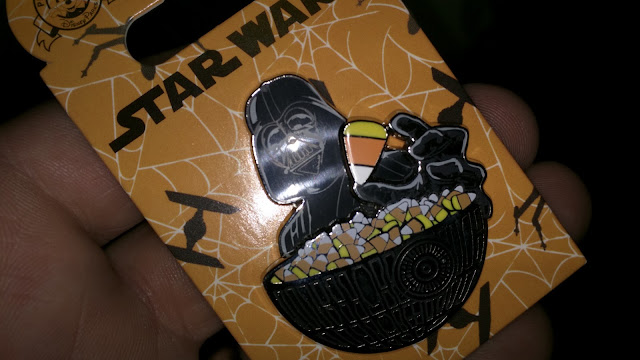 The fourth pin in the set (you can see it here on this eBay listing) features Darth Vader, Boba Fett, Yoda, & Chewbacca silhouettes Trick or Treat.

These, while bought by me, are going right in the Babe's collection.  While we're in a bit of limbo with our housing situation, therefore they're going in a box with the rest of them for a bit.
2015 resolution disney disney pins disneyworld everygoddamdamnday halloween star wars