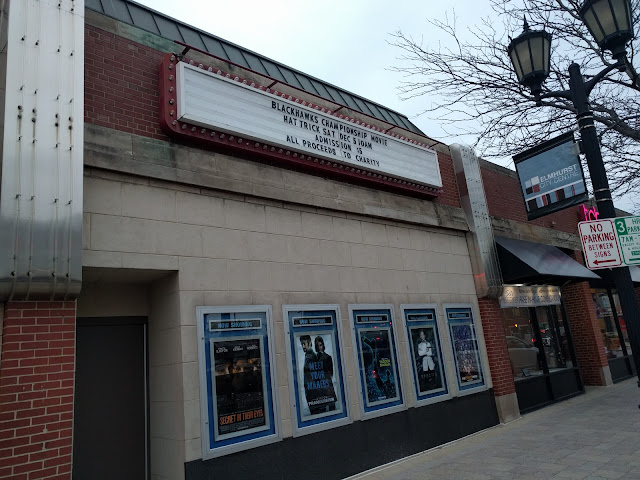 On the side marquee of the York Theatre in Downtown Elmhurst, they're advertising a special showing of a movie called "Hat Trick" that covers the Blackhawks championship run.  The movie is being shown this Saturday (December 5th) at 10 am.  Doors open at the York Theatre at 9 am.

Here's the listing on the York's site.  Details:


The Blackhawks’ full-length Stanley Cup Championship movie Hat Trick is coming to the York Theatre on Saturday, December 5 at 10:00 AM. Admission is $5 and ticket proceeds benefit Chicago Blackhawks Charities and Variety Club of Illinois.

Sounds like a nice little event.  Ambassadors "may" appear?  Let's hope they do!