Sweet Deal from @HomeRunInn Via Costco 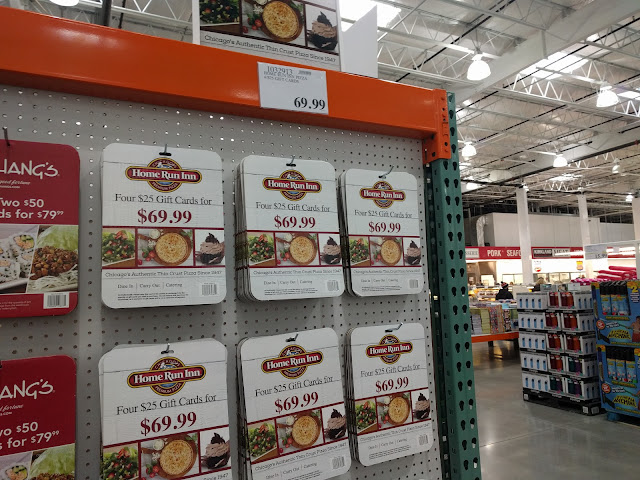 What doesn't say "I love you" more than a sweet discount on some tasty pizza?!?  I mean...what more could your Valentine want than $100 of Home Run Inn deliciousness for just $69.99.

Head to your Costco (or...at least our Costco on North Avenue in Melrose Park) and amongst the other gift card deals for places like PF Changs and RedStone will be this deal of four $25 gift cards at just $69.99.

I love taking my kids and my nephew to HRI (now that the one in Addison is closed, we usually go to the one in Hillside) and devour some tasty pizza and we can't leave without a Cookie Monster.   With $100 in your pocket, you can either hit the place up twice (if you're like us!) or really splurge for a big spread of loaded fries, multiple pies, and a couple of Cookie Monsters for your group.

If you're a Costco shopper, you know that these things are hit-or-miss.  One day they're there.  Next they're gone.  So...Get these before they disappear.
2016 resolution costco home run inn pizza shopping