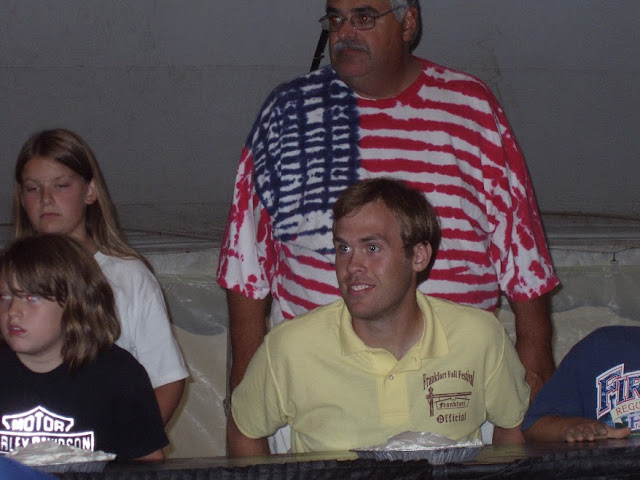 This photo - which like last week's was rescued from my old, abandoned Flickr archives is from September of 2005 when I was a Village Trustee in the Village of Frankfort and I was about to dominate the annual pie eating contest.  Yep...two time winner is *this guy*.   I don't remember if I won in 2004 and 2005 or 2005 and 2006.  But, as you can see by the kid next to me, it wasn't super top-notch eating talent.  And, if there's one thing I can do well, it is eat fast.  That's nothing new.  It was just being in a position to eat banana cream pies in a competition that brought out that talent.  I remember smelling banana pudding for a long time after these things.  I also remember the winning award:  a year's worth of pies from Enrico's.  Natalie and I used to go in there once a month, pick up a pie and bring it to my folk's house.  My dad loved those banana cream pies!
#TBT eating flickr Frankfort google photos pie Throwback Thursday village of frankfort