Village of Frankfort Is Getting A Movie Theatre 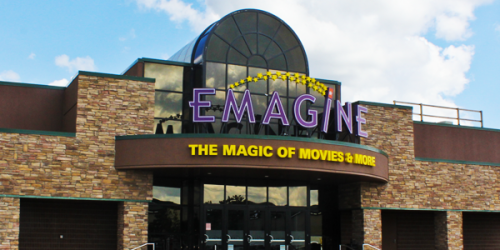 According to this piece by Patrick Guinane of the Chicago Tribune Daily Southtown, Mayor Jim Holland and the Board of Trustees in Frankfort have approved a new upscale movie theatre to come to town and occupy the now-vacant Dominick's store on LaGrange Road.  From the story:

The Village Board voted 4-0 to approve Emagine Entertainment's proposal to build a 10-screen theater inside the former Dominick's grocery store at 19965 S. LaGrange Rd.

The vote came after a silent public hearing on a long-term plan to borrow $60.5 million to modernize the village's sewage treatment system, which could get a final vote at the March 21 board meeting.

"It's been a long time since a project has garnered this much interest," said Trustee Cindy Heath, who expressed hope the theater would bring more showings of independent films to the south suburbs.

Lots of you guys know that I grew up in Frankfort.  And that I was on the Board of Trustees for two terms.  And while we always did some long-term planning about an eventual 'lifestyle center' that would occupy the land at the northeast corner of LaGrange Road and Route 30, I don't think anyone would imagine that we'd end up getting a theatre first - without that development.

With the theatre (that I hated*) in New Lenox and the Marcus Theatres right up the road in Orland Park, it seemed like we weren't destined for a theatre.  But, this notion of a 'dinner and a movie' concept?  That seems just right.

Congrats, Mayor Jim Holland, Village Manager Jerry Ducay and Jeff Cook and the community development team for getting this done.  With Mariano's coming to town, that old Dominick's location was a tough puzzle to solve.  It wasn't going to be another grocery store, I would think, so this seems like a really nice use of the property.

*I hated that theatre in New Lenox because during busy/crowded movies, they would have the manager - who was making his employees wear a silly cumberbund with their uniform - come in and ask that 'everyone move towards the middle' so people can find seats.  Listen, dude.  I got here on time...or even early so I could scout out a good seat.  Why are we rewarding people for coming in late and making me move my seat?  Blergh.  Once that happened to us, I never liked going back.  Also?  Those cumberbunds?  Why make these teens wear such a silly uniform???
2016 resolution development Frankfort local government movies real estate theatres village of frankfort