Hop Aboard The Carolwood Pacific 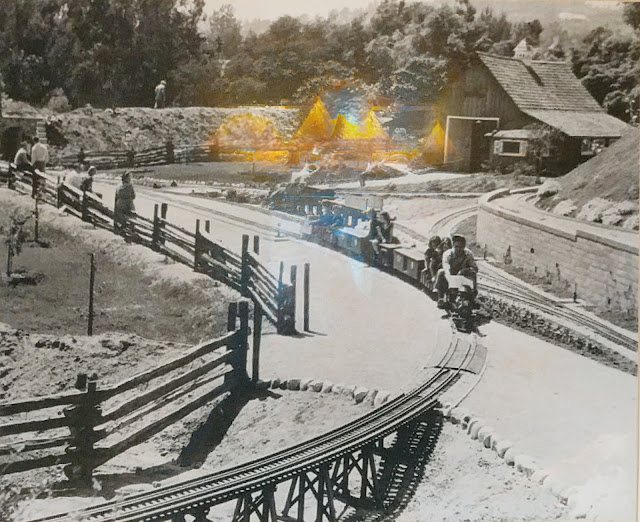 Last Friday, I posted some images from the Boulder Ridge Villas at Disney's Wilderness Lodge from the trainroom that featured Walt's Carolwood Pacific line.  In looking through some photos from that same visit, I found this one above that shows Walt himself riding the very Carolwood Pacific line.  Sure, the train line and track layout is neat, but look at that berm?!?  And all the variation in his elevations.  According to Forbes, it was four acres (and they apparently built a new massive house in 2001), so he had plenty of space to spread out.  A guy can wish, right?
acreage backyard backyard trains land trains walt disney