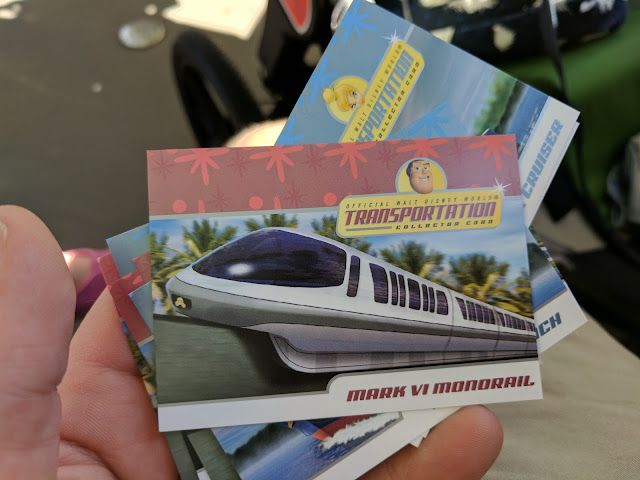 We've heard about 'transportation cards' at Walt Disney World, but up until this fall, we've never come across them.  They're supposed to be on buses and boats and such, but for the first time, a boat captain (who was in the military and stationed in Antartica!  yeah!  Antarctica!) decided to give the girls a set of cards that she had on hand.  They included the monorail one above and a few different boat ones like the 'motor launch' below.

According to this post on wdwfanzone, it appears that they've had 4 series of cards, the most recent of which were released in 2015. 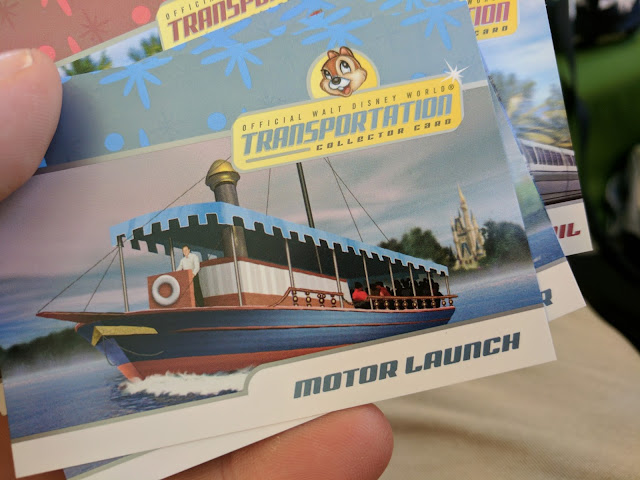 On the back there's some character trivia and a bit of a FAQ on the vehicle. 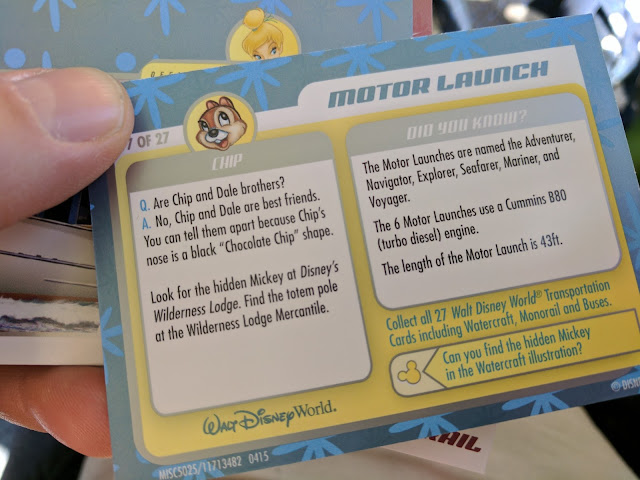 These will likely go into the lunchbox with some of the Babe's best pins along with her Jungle Cruise pilot license.
boats cards collecting disney Disney Ephemera disneyworld walt disney world wdw